Germanium is a chemical element with an atomic number of 32 from the carbon group of periodic table of elements and is a hard brittle, lustrous and greyish-white metalloid and chemically resembling silicon and tin from its original group. Germanium has shown to have properties of a semiconductor looking like the elemental silicon reacting naturally with oxygen and forming complexes in nature.

Germanium was first discovered almost late in the history of chemistry due to its scarce occurrence and higher concentrations ranking as the 50th element because of its relative abundance compared to other elements in the Earth’s crust. Basically, Elemental germanium is employed in transistors as a semiconductor as well as a variety of devices in the electronic industry. Particularly, the first emergence of semiconductor electronics industry was based on germanium and its favorable property back then. At the moment, the most common applications of germanium are in fiber optic systems, solar cell applications, light-emitting diodes and infrared optics. Compounds based on germanium have found applications in polymerization catalysts with recent applications in nanowires manufacturing. This metalloid engages in a large number of organic germanium compounds reaction namely tetraethyl germanium which has uses in organometallic chemistry. This element is deemed to be an element with technology-critical concerns.

Germanium has not been reported to serve as an essential element in biological and living organisms. In principle, there are numerous organic compounds and complexes based on germanium that are being investigated as potential pharmaceutical agents. Nevertheless, none of these germanium based compounds have been proven to be successful biological outcomes. The naturally occurring germanium compounds are known to be insoluble in aqueous environments and therefore, have little oral toxicity most similar to Silicon ions aluminum. However, germanium salts basically synthetic and soluble agents are regarded as nephrotoxic agents. Furthermore, chemically reactive synthetic germanium compounds that contain halogens and hydrogen are originally toxins and irritants.

For quite a long time, germanium was believed to be a poorly conductive metal and because of this, it was not regarded an economically significant agent until after 1945 when its electronic properties as a semiconductor were demonstrated. 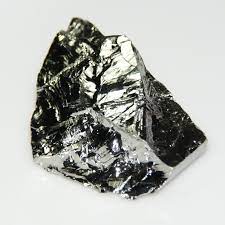 And it was during World War II that some smaller quantities of germanium were employed in fabricating of some particular electronic devices specifically diodes. Later on, the most important application of germanium was the point contact Schottky used in radar pulse detection for military applications during the war. It was in 1955 that the first alloy based on silicon and germanium was introduced. This resulted in a lot of attention on germanium and more efforts were put on its production with the annual amount of 14 metric tons worldwide. Back in 1948, transistors based on germanium developed and made it possible for the creation of countless applications and solid-state electronics. This area of interest led to an increasing market demand for germanium but the appearance of high-purity silicon started to replace transistors, diodes and rectifiers based on germanium. As an example to this, a company that was founded in 1957 with a particular focus on Fairchild semiconductors proposed the production of silicon transistors for the first time. In so doing, the superior electrical properties of silicon made the newcomer a favorite with a lot of popularity in semiconductor electronics.

Germanium is known as a brittle, semi-metallic silvery-white metalloid under standard conditions constituting a well-known allotrope called alpha germanium that possesses a metallic luster and a diamond cubic crystal structure. When germanium is in its Crystal form, it appears to have a displacement threshold energy of around 19.7 electron volt and a pressures over 120 Kbar it converts to better germanium allotrope with a similar structure to betta-tin. Similar to Silicon antimony, water, gallium and bismuth germanium is among the very few materials and elements that expand as it solidifies from the molten states. As it was mentioned earlier, germanium is basically semiconductor and zone refining technologies have resulted in the production of germanium as a crystal for application in semiconductors with excellent purity which in turn, makes it one of the purest materials extracted and obtained ever since. As an interesting point, an alloy made of germanium, uranium and rhodium, it was the first metallic material discovered to become a semiconductor when exposed to an extremely strong electromagnetic field. It has to be taken into consideration that, pure germanium suffers from the formation of whiskers through spontaneous screw dislocations. This means when whiskers are grown to be adequately long to touch another part of the assembly or a packing metal, it can greatly shout out of p-n junction which is considered as the main reason for the failure of diodes and transistors based on germanium.

Germanium in its elemental form oxidizes gradually in the air at higher temperatures of around 250 degrees Centigrade producing germanium oxide. This metalloid is not soluble in dilute alkalis and acids. However, it gradually dissolves in concentrated and high hot sulfuric and nitric acids and reacts strongly with molten alkalis to generate germinate which is its other oxide. It has been discovered that germanium occurs mainly in the oxidation state of 4+ but there are other oxidation states of 2+ as well. Germanium oxide and germanium monoxide are the two most common oxides of germanium. Germanium dioxide could be obtained through roasting germanium disulfide to be a white powder and only slightly soluble in water. The monoxide germanium has the property of having high refractive index which is visible to light and transparent to infrared electromagnetic radiation. The most positive property of germanium is its excellent mobility. This element has the highest hole mobility compared to any semiconductor element. Studies suggest that some particular alloys based on germanium especially GeSn possess even higher hole mobility than the elemental germanium itself. It has shown to have similar valence bond structure to Silicon and reacts to stress in the same fashion as silicon. However, germanium has additionally improved stress response when compared to silicon. It also has more electron mobility than silicon.

The polycrystalline ingots of germanium could be purified through the zone refining considering the principle of impurity segregation absolute liquid-solid interface. Such behavior is because of the fact that most impurities apart from Boron and silicon, have a much smaller segregation coefficient than one. These impurities could be swept away to the tail side in the course of self-controlled directional solidification of the molten phase. Germanium ingots are zone refined several times in order lower the rate of impurity. This property of germanium is used in crystal growth for electronic and optical applications.