Zirconia (ZrO2) is a well-known compound used in various different applications such as oxygen sensors, and fuel cell membranes due to the high O2 diffusivity; structural and biomedical applications due to its high strength and toughness. ZrO2 is found in two different crystallographic structures; monoclinic to tetragonal at room temperature and tetragonal to cubic at high temperatures (2370°C). The high-temperature cubic phase is very important due to its desirable properties such as high ionic conductivity and mechanical strength compared to tetragonal and monoclinic configurations. However, cubic ZrO2 is unstable in bulk forms at ambient temperature. Pure cubic zirconia undergoes volume changes and possible mechanical stresses or failures originated from the phase transitions during heating or cooling. For this reason, it is a common practice to dope pure zirconia with rare earth oxides such as yttria (Y2O3), magnesia, calcium oxide, or rare earth oxides. Doping is achieved through the substitution of zirconia cation with the rare earth oxide molecule. 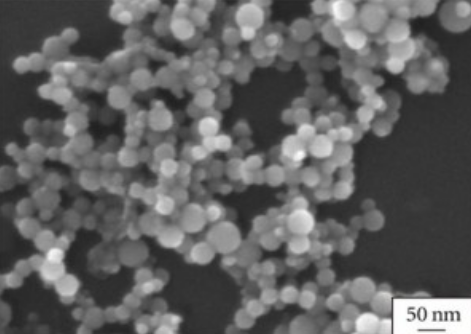 The synthesis of high-quality YSZ nanopowders requires the disposing of powdered precursors with high purity, nanometer-sized primary particles, narrow sizes distribution, and weakly bonded primary particles. The commonly used approaches are; hydrothermal methods, homogeneous precipitation, sol-gel method, plasma spray synthesis, reverse micro-emulsion route, and combustion synthesis apart from the conventional solid-state reaction. For all these synthesis methods, the preparation condition plays a crucial role in the properties of the powders and each method has its own advantages as well as disadvantages.

The hydrothermal synthesis method is an inexpensive simple method to obtain YSZ nanopowders. This method involves an initial co-precipitation, and the formed precipitate needs to be heat-treated at high temperatures to obtain crystallinity. Microwave assistance is usually combined with hydrothermal methods to obtain high temperatures up to 800°C. In the co-precipitation method, precipitation of yttria and zirconia is observed in a single solution medium. The process conditions such as the addition of the precipitating agent, sequence of addition, rate of addition, etc. have to be optimized to get powders of the required quality. Plasma spray techniques offer shorter and controllable reaction times, many parameters such as feeding rate, plasma power, the composition of the plasma gas, solvents, and precursors, and size of the atomization nozzle. Another downside to the plasma spray techniques is the high cost. In the reverse microemulsion method, the parameters such as the molar ratio of water to surfactant, the type of ions, electrolyte concentration in the aqueous phase, and the choice of co-surfactant affect the size and shape of reverse micelles. The conventional solid-state reaction usually leads to a coarser inhomogeneous product, which requires high-temperature sintering. Combustion synthesis is an attractive method for the preparation of crystalline, homogeneous YZS nanopowders with high purity and a narrow particle size distribution. In this method, the time required for achieving high temperatures is significantly shot due to exothermic reactions. Microwave assistant heating control can also be utilized in this method yielding cubic particles with approximately 15 nm sizes. Another important synthesis method for YSZ nanoparticles is the sol-gel method. The sol-gel method is based on the molecular synthesis of nanoparticles wherein the particles are built up by molecule-by-molecule addition. This method is flexible, low cost, does not require aggressive solutions and has relatively simple reaction conditions. For the preparation of YSZ nanopowders, the Zirconium and Yttrium salt is often chosen as the precursor and sometimes chemicals with large molecule weight are employed as a dispersant in the sol-gel method. The particle size can be controlled through different sintering temperatures. For example, according to C. Suciu et al, sintering at 500°C results in 6-7 nm particle size while sintering at 1000°C results in 26-33 nm.

Partially stabilized tetragonal zirconia yttria nanopowders are considered to be the best candidates for ceramic dental restorations due to their excellent mechanical property, optimal biocompatibility, and high chemical stability. Dental applications require some optical manipulations to mimic the optic behavior of natural teeth. Natural teeth look whiter under the sunlight because of the emission of blue fluorescence under the UV light. The appearance of zirconia yttria dental restorations must be adjusted to match these features. Most of the time doping fluorescent materials such as Eu2+ are utilized in order to obtain the translucency and natural fluorescent behavior of human teeth.

The high ionic conductivity of zirconia yttria nanopowders facilitating the O2- movement is greatly utilized in solid oxide fuel cells. Composites of YSZ with nickel are used as an anode material in solid oxide fuel cells (SOFC) while YSZ is used as the electrolyte between the electrodes. One of the most important problems in SOFC applications is the high operating temperatures (above 800°C) due to the high sintering temperatures of metal oxides. Utilizing YSZ in the electrode and electrolyte materials of SOFCs significantly reduces the operating temperatures of these applications down to 300-500°C range. The ionic conductivity of the stabilized zirconia increases with increasing dopant concentration saturates at specific concentrations and then starts to decrease. The maximum ionic conductivity is obtained at Y2O3 concentration of about 8 mol % (1000 C). Nanoscale 8% YSZ powders are nanocrystalline with crystal sizes of 5-10 nm and show a high surface area of 3-100 m2/g. The thin nanocrystalline YSZ powder layer is utilized as an effective electrolyte material in SOFC applications.

The chemical stability and high ionic conductivity are utilized in catalytic applications in various different roles. Zirconia yttria nanopowders can be utilized as electrolytic support, catalytic supports, and catalysts in a number of reaction mechanisms. O2- conducting nature of zirconia yttria nanopowders is used in the electrochemical promotion of catalysis system. The activity and selectivity of an electrochemical catalyst can be controlled over the solid YSZ electrolyte. Zirconia Yttria is also used as catalyst support to enhance the active surface areas as well as dispersion. In addition to these affects the O2- ions participate in the chemisorptive properties of the catalysts. YSZ is known to be used as active catalytic support for the oxidation of ethylene, toluene, and carbon monoxide. The combination of platinum, rhodium, and zirconia yttria powders on silicone support is found to be an effective storage-reduction catalyst for NOx compounds which rise huge environmental concerns. YSZ has also received attention as a catalyst for total and partial oxidation of methane, oxidation of hydrocarbons, and hydrogenation of CO and CO2. The vacancies in the crystal lattice of YSZ plays an important role in the reaction mechanisms and are the catalytic active sites.