Micron powder research has gained considerable momentum in recent years because of the unexpected outcomes that can be achieved by altering the atomic and molecular properties of the constituent atoms. Among such special micron powders, tungsten disulfide micron powder is of considerable importance by virtue of its very unique and special physical and chemical properties. Tungsten disulfide micron powder is a highly unique material and it exhibits distinctive characteristics that make this material very interesting as well as very beneficial for use in several different areas of applications. This silvery grey powder composed of flaky particles of tungsten disulfide is most famous as a dry lubricant being better than any other dry lubricant with a friction coefficient of 0.03 and as a catalyst. It has also found numerous other uses across various industries.

It is part of the transition metal dichalcogenides material family. In bulk, tungsten disulfide has been used extensively as a dry lubricant because of its unique characteristics such as low coefficient of friction, thermal stability, and excellent chemical stability. It exhibits controllable spin and valley polarization, a high on/off ratio in field-effect transistors, tuneable photoluminescence, and powerful geometrical confinement of excitons. Hence, its properties are very similar to Molybdenum Disulfide (MoS2). It is also attracting interest and attention from other areas such as photodetectors and multi-junction photovoltaics.

It has the lowest coefficient of friction 0.03 that is among all of the commonly used dry lubricants such as molybdenum disulfide, hexagonal boron nitride, and graphite. Therefore, it is one of the most lubricious materials in the universe. Its temperature use range is also superior to any other dry lubricants. Moreover, its compatibility with different substances such as metals and plastics also make this material highly desirable.

Tungsten disulfide micron powder has varied uses across different areas of applications especially in high temperature and high-pressure applications because of its high-temperature resistance in a normal atmosphere and in a vacuum. Its extensive use has been as coating materials to reduce friction and is widely used in automobile, aerospace, and many other hardware components across hundreds of industries.

A lot of research has been conducted on tungsten disulfide that is a very unique compound of tungsten but has exceptional characteristics. In 1992, it was discovered by the researchers that its structure makes it capable of forming nanotube structures. This was the very first time when tungsten disulfide was used as a low-dimensional material. Recently it became one of the most important materials when scientists discovered simple mechanical exfoliation techniques and were able to isolate single layers of two-dimensional material. Only then it was possible to study the properties of WS2 flakes. It was discovered that the bandgap of WS2 changes from an indirect bandgap of 1.4eV to a direct bandgap of 2eV when WS2 is changed from bulk material to a two-dimensional material. Nowadays, it is the prime subject of research because of its bandgap and has also become an interesting material for numerous areas of applications. In the past, it was a very expensive material and it was very difficult to obtain in smaller quantities. More recently, its prices have moderated and hence its use in different areas of applications has already touched the summits.

The Tungsten disulfide compound consists of tungsten and sulfur atoms. Tungsten is Block D, Period 6 element while sulfur is a Block P, Period 3 element. Tungsten disulfide is classified as a member of the very interesting family of 2D materials known as transition metal dichalcogenide (TMDC). Just like other known 2D materials, WS2 exhibits unique optical and electrical characteristics and it has a strong affinity to protons in a broad energy range. It also exhibits high carrier capability in a wide wavelength range. 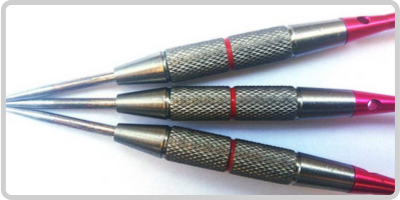 Tungsten disulfide has covalent bonding to six other neighbor chalcogenides in the same plane. It has the tendency to bind to sheets and layers above and below its plane by Van der Waals forces. All two-dimensional materials like WS2 have natural self-passivated surfaces that have no dangling bonds. Hence making it very easy for the 2D materials to integrate themselves with photonic structures like cavities and waveguide structures. Waveguide structures have the ability to guide electromagnetic waves and sound with the least waste of energy. They do so by confining the waves and transmission energy to only one direction.

Tungsten disulfide is also a layer compound semiconductors and has a crystalline hexagonal form. The metal layer of each layer is sandwiched between two layers of chalcogen in a trigonal prismatic structure. The show a tendency of strong covalent bonding between the chalcogen and the metal while having weak Van der Waals type interaction between the layers. Because of these properties, materials like tungsten sulfide are best for use as solid lubricants. The tribological behavior of tungsten disulfide has also gained considerable interest.

Moreover, using 2D materials, it is possible to vertically stack different 2D materials on each other and create unique hetero-structures that lack any conventional lattice mismatch. Tungsten disulfide also makes original and highly thin films that interact very strongly with incident light while absorbing approximately 10% of the light. Versatile two-dimensional materials like tungsten disulfide are capable of interacting with electromagnetic light at a wide range of spectrum due to its electronic properties.

Tungsten disulfide is also highly resistant to temperature. Its temperature resistance ranges from -270° C to 650° C in normal atmospheric conditions while -188° C to 1316° C in a vacuum. It has a staggering melting point of 1250° C making it a highly stable chemical compound.