Single-walled carbon nanotubes (SWCNT), as its name suggests are formed by a single layer of graphite which is arranged in a cylindrical shape. SWCNTs are very important because they have certain properties that other nanotubes do not have. These properties have allowed the creation of interesting applications in different sectors. This article will discuss the structure, properties, and remarkable properties of SWCNTs.

The central part of the tube is formed by sp2 hybridization of carbon atoms, while the ends are formed by a particular distribution of pentagonal and hexagonal rings, which gives the right curvature and allow the closure of the graphitic cylinder.

Single-walled Carbon Nanotubes have diameters between 0.7 and 10 nm (generally less than 2 nm) and a length ranging from a few nm to some μm. Consequently, SWCNTs have a high length/diameter ratio and for this reason, they can be considered as “almost” one-dimensional structures. This gives these species peculiar properties.

SWCNTs may differ from each other due to the arrangement of the aromatic rings (graphene lattice) with respect to their central axis. In other words, they differ in the way in which the plane of the graphite is rolled up.

The conductivity properties of SWCNTs are studied, in particular, because under certain conditions, they behave as ballistic conductors, in this state, there is no scattering of the electrons passing through the nanotube, and therefore the conduction takes place.

The mechanical resistance of Single-walled carbon nanotubes depends on many features, the most significant of which is the strength of the atom-atom bonds of the essential material and the absence of structural defects in the lattice. The existence of defects plays an important role in the procedures of breaking by traction since to break an entirely defect-free sample, it is essential to overwhelm the cohesion forces of the entire surface perpendicular to the direction of traction. In reality, the existence of defects greatly reduces the force required to break the sample.

It has been intended that the theoretical Young module of Single-walled carbon nanotubes can reach up to 4 TPa, and its tensile strength must be around 220 GPa (100 times larger than that of steel, and 6 times lesser in weight).

A mechanical deformation can significantly change the electrical behavior of the SWCNTs.

The thermal conductivity of SWCNTs is determined by phonons, which propagate easily along the tube; this is why Single-walled Carbon Nanotubes are good thermal conductors and good insulators. 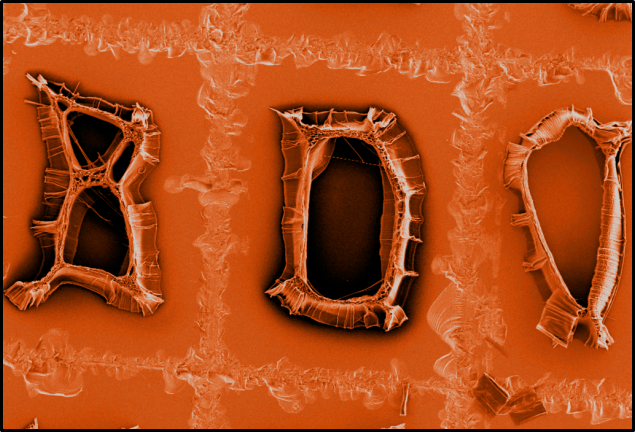 A PhD Student from MIT has grown millions of carbon nanotubes and immersed them in a guiding liquid. Once it was dried, the pattern of CNTs spelled out “BOO”.

Single-walled carbon nanotubes offer a variety of applications in various sectors, 7 of which are discussed below:

Due to their tubular shape, SWCNTs show remarkable capillary properties, and their large surface/weight ratio makes them theoretically ideal for gas adsorption.

Some researchers, in an effort to produce a new, more sensitive microphone, have tried to imitate nature. A device has therefore been developed that can be defined as an “Artificial Cochlear”. In this apparatus, nanotube vectors are used as the hair cells of our auditory system. Their movement and therefore their vibrations due to the impact of sound waves are transformed into electrical signals.

The nanotubes also have a natural directionality and bend away from the sound source, so you can get directional information with only one sensor, unlike common devices or the human auditory system that necessarily needs two ears, and there is an ability of the nanotubes to operate in the air. unlike other elements.

The same technology can be exploited for military applications (construction of sensors to intercept submarines) or for medical applications (new stethoscopes that can navigate in the bloodstream and recognize biochemical actions that cannot be detected otherwise).

Common lithium batteries will last twice as long if the common graphite electrodes are replaced by carbon nanotube electrodes. In fact, numerous studies have shown that they are capable of storing a lithium ion for every three carbon atoms, unlike graphite, which stores one for every six carbon atoms.

SWCNTs are inert and can be more stable and more practical than common sources of electron input (metallic or inorganic) to stimulate the emission of colored light on thin panels. In real devices, residual gases can be ionized and the resulting ions can bombard the tip of the electron emitter making it less efficient. SWCNTs, on the other hand, resist this type of phenomenon: it will thus be possible to have much more durable flat monitors.

5.SWCNTs for Cathodes in X-ray equipment

Carbon nanotubes can replace metal filaments used in traditional X-ray equipment, which must necessarily be brought to high temperatures before being subjected to an electric field. The potential advantages of this substitution are numerous: the nanotubes can work at room temperature; the machines can be manufactured smaller and even portable; they can be more efficient and less expensive.

A class of SWCNTs has been discovered that can be used as drugs to combat some bacterial infections that have developed some resistance to traditional antibacterials. These tubes are wrapped in chains of amino acids that can attack and grow on the cell walls and, by pricking them, they pull out all of their critical components. They can also be generated to the only attack and kill specific pathogens. In this regard, experiments on mice have been conducted with positive effects to treat a lethal infection with a breed of staphylococci, resistant to antibacterials.

The synthesis of hair-like nanotubes (8 cm) has opened the door to the realization of robust actuators for artificial muscles. They will replace existing polymeric gels that have a relatively large volume and slow operation (the latter require 30 voltages in comparison to a nanotube material that requires only 1 Voltage). The new actuators use SWCNT sheets as electrodes of a condenser soaked in electrolyte.

Thus, SWCNTs consists of a single layer of graphite and they are unique in terms of their properties which have allowed their use in a wide range of applications. It is expected that the ongoing researches will extend its use in different sectors.