With the rapid technological improvements and resulted demands, material science has gained excellent importance over the years. Constructing novel, intelligent materials attracted the attention of many research groups. Shape memory alloys (SMAs) are one of these smart materials with the ability to remember their original shape upon a thermal or mechanical effect. These metal alloys present great potential due to their novel abilities such as reversible shape changing behavior, energy dissipation, and structural fatigue resistance. Furthermore, these properties can be manipulated and adjusted to meet different requirements by changing the structural parameters such as alloy composition and grain size. Due to these special properties and tunable nature of their structure, SMAs are utilized in many different industries such as automobile, aerospace, biomedical, and robotic industry. The unique properties of SMAs are caused by the shape memory effect (SME) or pseudoelasticity.

Unlike one-way SMAs, two-way SMAs can retain their shape under both high and low temperatures. OWSME doesn’t require the externally applied load to induce the detwinning process because there is no transformation strain generated during the cooling of the material. If transformation strain is induced during both heating and cooling of the material this process is called a two-way shape memory effect. However, the two-way shape memory effect requires “training” meaning that it needs to be acquired through cyclic loading at temperatures above final martensite temperature or final austenite temperature. After the so-called “training” process, the shape memory effect can be acquired through heating and cooling without the need for any mechanical load. Different training techniques can be used for acquiring TWSME. Examples of training methods are; by inducing a non-homogeneous plastic strain (torsion, flexion) at a martensitic or austenitic phase; by aging under applied stress in the austenitic phase, in order to stabilize the parent phase, or in the martensitic phase, in order to create a precipitant phase (NiTi alloys); by thermomechanical cycling, either isothermal mechanical loading or thermal isobaric cycling. All of these methods are based on generating a permanent defect in the material structure. Training requires careful handling because the insufficient number of training cycles can produce a non-stabilized two-way shape memory effect.

An SMA showing the pseudoelasticity behavior returns to its original state after mechanical loading just like a real elastic material. This phenomenon requires no thermal activation however it only occurs between Af and Md.Under most general conditions, pseudoelastic thermomechanical loading paths start at zero stress in the austenitic region, then move to the detwinned martensite region and then unload again to the starting point. The pseudoelastic loading paths can also be isothermal or isobaric above Af.

Equiatomic NiTi alloy is the first material that has been discovered to show shape memory effect. This alloy is often called “Nitinol” and has been investigated by many different research groups. With its OWSME transformation strains around 8% and TWSME transformation strain around 5%, Nitinol is an attractive material. Transformation temperatures of NiTi alloys vary between Mf = 288 K and Af =362 K. These temperature ranges can be altered by changing the composition of the alloy or through different methods of cold work and thermomechanical treatments. Increasing the Ti content increases the transformation temperatures while increasing the Ni content decreases the transformation temperatures of the material. Ni-rich nitinol alloys exhibit pseudoelasticity over a wide range due to the effect of precipitation, which hardens the matrix. The typical pseudoelastic strain for this material is approximately 8%. Third elements such as Cu, Zr, Hf, Pd, Pt, and Fe can also be added to the binary structure of NiTi alloys. Incorporating a third element improves certain properties of the alloy. For example, introducing Cu to the structure reduces aging effects by suppressing precipitate formation. 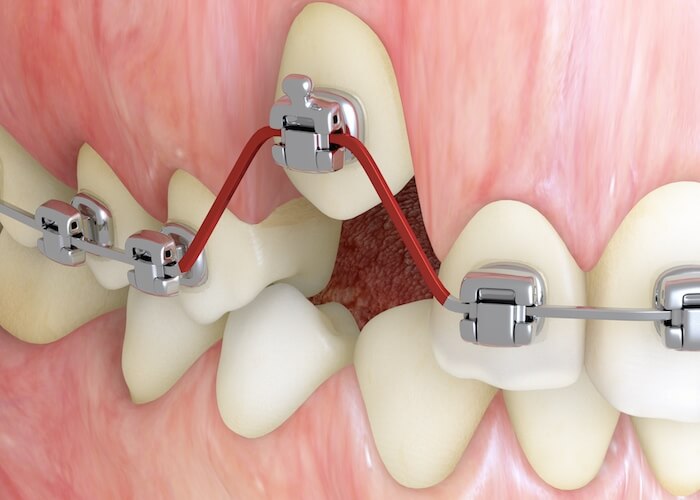 Copper-based alloys generally contain a third compound in their structure to be able to manipulate transformation temperatures. These alloys generally exhibit less hysteresis than NiTi alloys. The transformation temperatures of these alloys depend greatly on the composition of the material. The main copper alloy Cu-Zn-Al is easy and cheap to produce however; it is prone to decomposition upon overheating. Additives such as Co, Zr, B, and Ti are necessary to obtain desired grain sizes. Cu-Al-Ni alloy is less prone to decomposition and aging. The nickel content of this alloy must be kept below 4% since it causes brittleness above this point. Other Cu based alloys are Cu-Zn-Sn and Cu-Al-Be.

Other interesting shape memory alloys are Fe based alloys and NiAl alloys. Fe based alloys, ferrous materials, have attracted attention since they are one of the most important materials in modern engineering. However, the shape memory effect of these alloys is not as prominent as the other shape memory alloys. NiAl alloys show a high-temperature strength and corrosion resistance. However, these alloys are extremely brittle and exhibit a high sensitivity of the transformation temperatures due to varying Al content. The brittle nature of these alloys can be dampened with the addition of Fe, B or Cr.

What are the Application Areas of Shape Memory Metals

Shape memory alloys have been exploited by the automotive industry from the near end of the 20. Century. Commercially available NiTi SMAs are generally used as actuators since their operational temperature lies within the environmental temperatures of a vehicle. The simple and compact nature of SMA actuators reduces the scale, weight, and cost of automotive components significantly and exhibit increased performance compared to conventional actuators. SMA actuators are used as side mirror actuators, automatic pedestrian protection system, tumble flaps, etc.

High dynamic loads and geometric constraints of aerospace applications greatly benefit from the unique properties of SMAs. The first successful application of SMAs in the aerospace industry was the incorporation of SMAs to the hydraulic lines of F-14 fighter jets in the 1970s. After this success, SMAs have been utilized as actuators, sealers, vibration dampers, manipulators, and pathfinding applications. Boeing has used SMA actuators used in jet engines to reduce take-off noise and increase flight efficiency at the same time. Researchers have also dipped into novel applications of SMAs such as system-level optimization, adaptive wings, rotor control, and telescopic wing systems.

SMAs are generally used as actuators and artificial muscles in robotic applications. For example, a binary actuator design is used to actuate fingers on a prosthetic hand. This application provides a near real-like response that is much better than conventional push-pull type and spring type actuators. Much like robotic hands, SMAs have also been utilized as actuators in many other robotic structures such as walking, jumping, swimming, and flying robots. SMAs are also used as sensors in robotics. The small dimensions of SMA sensors are utilized for sensing purposes at tight spaces or to identify micro-structures.

SMAs have gained increasing importance in biomedical applications from the beginning. Just after the discovery of SME in NiTi alloys, they have been used as implants and braces in dentistry. High corrosion resistance, biocompatibility, and non-magnetic properties of NiTi alloy make it an excellent candidate for biomedical applications. The unique physical properties of NiTi alloy can be manipulated to imitate the properties of tissues and bones, and respond to the changes in the temperature of the human body. Nitinol has been used for minimally invasive surgeries and orthopedic surgeries after the introduction of FDA approved Mitek surgical product. SMAs are used in medical equipment and devices in many fields including orthopedics, neurology, cardiology, and interventional radiology; and other medical applications include endodontics, stents, medical tweezers, sutures, anchors for attaching tendon to bone, aneurism treatments, eyeglass frames, and guide wires.

What is the Importance of Shape Memory Alloys?

Shape memory alloys are excellent materials with the ability to remember their original form after a shape change upon an external force or thermal effect. The shape memory behavior of these materials is important for the development of adaptive and responsive applications in different industries such as biomedical, automotive, aerospace, and robotic industries. Even though significant progress has been achieved in SMA applications there is still plenty of room to grow and shape memory alloys have so much more to offer.