Pyrolytic graphite sheets are a very unique form of material that is extensively used across several industries. They are produced from pyrolytic graphite. Graphite has a historical background and has been investigated for several decades because of its potential excellent thermal, chemical, and mechanical properties. These sheets are highly effective and efficient because of their various thermal management and other unique characteristics. These sheets have revolutionized the modern electronic technology that uses pyrolytic graphite sheets for various purposes. They have also found their uses in aerospace, automotive, metallurgy, alloys, telecommunications, and many other industries.

These sheets are unique materials with very unique chemical and physical properties. Excellent heat spreading qualities, magnetic levitation, anisotropic structure, high thermal conductivity, etc. are among the numerous amazing properties of the pyrolytic graphite sheets. These properties make them the most useful materials for use in several industries and for research purposes.

Pyrolytic graphite sheets have revolutionized modern electronics. Thermal management was becoming more and more challenging as the sizes of the devices were decreasing and power consumption was increasing. The solution was provided by heat spreading materials known as pyrolytic graphite sheets. These sheets are designed in such a way to best perform thermal management and heat-sinking even in very limited spaces. Moreover, these sheets are capable of super thermal conductivity even at very high temperatures up to 400° C. They are also equipped with extra adhesives that enhance heat resistance, insulation, and stability within the devices where pyrolytic graphite sheets are used.

The use of graphite has been prevalent for many hundred years and it is quite possible that it has been used in certain applications before even the advent of chronicles. The graphite was used to mark sheep in primitive times and soon the British Navy started to use it as a mold for cannonballs. More round cannon balls could be fired further. Graphite was named as black lead or plumbago (derived from plumbum, the Latin word for lead) until 1789 when A.G. Werner, a German chemist, and mineralogist, introduced the term graphite to describe dark-colored, soft, and ductile allotrope of carbon. Synthetic graphite production started in 1897 when American chemist Edward Goodrich Acheson received a patent for the production of synthetic graphite and related materials. Originally graphite was produced by heating silicon carbide (SiC), also known as carborundum back then, to over 4150° C resulting in vaporization of silicon and production of carbon in the form of graphite. This process has revolutionized since then and is now used by several companies to produce highly pure and supreme quality graphite. Many applications of the graphite have been discovered since its discovery. Scientists, researchers, and engineers are still researching to find out new and innovative ways to use graphite and pyrolytic graphite sheets and nanoplates are among the most innovative ways to fully exploit the advantages of the carbon and its different allotropes. Hence, the synthesis of graphite sheets and plates has been a hot topic for the last couple of decades. 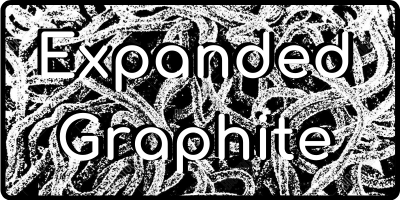 Understanding the atomic structure of the graphite is imperative to understand the properties of the graphite sheets. A unit cell of graphite has a hexagonal atomic arrangement and the covalent bonds between carbon atoms are extremely strong. The presence of high bond energy between the planes means that the graphite is strong and thermal and electrical conductivity is also very high in all the directions within the plan. Moreover, pyrolytic graphite usually forms tiny randomly oriented zones. Therefore, these extravagant characteristics make pyrolytic graphite highly useful material with unusual and unique anisotropic and thermal properties.

Hence, the pyrolytic graphite sheet is one of the most efficient materials available for effective heat spread because it exhibits as high thermal conductivity as 1950 W/m.K when properly oriented. Recent technological developments promise to make them more useful by combining them with other types of thermal materials resulting in improved heat-spreading capabilities.

Very few materials have the characteristics to magnetically levitate stably above the limits of the magnetic field from a permanent magnet. Pyrolytic graphite has strong diamagnetism that makes it levitate above power magnets. Diamagnetism means that pyrolytic graphite has the quality to repel an externally applied magnet. It is approximately 10,000 times more diamagnetic than any other material at room temperature.

The strong covalent bonds between carbon atoms of the pyrolytic graphite cannot be overcome by the attraction between solvent molecules and carbon atoms. Because of this property, these are highly insoluble in aqueous solutions and also highly resistant to corrosion. This is one of the most suitable characteristics of pyrolytic graphite that makes this material very beneficial on a day to day basis.

Retention of the chemical structure at high temperatures

Graphite is a thermodynamically more stable form of carbon at atmospheric pressure. It has the ability to retain its chemical structure at very high temperatures exceeding even 3500 degrees Celsius.

Pyrolytic graphite is produced in a variety of grades having different densities. Density is one of the most integral qualities of the graphite because it directly influences several other properties besides its inherent importance. On a simple note, physical and mechanical properties increase with the increase of density.

Pyrolytic graphite has two to three times higher compressive strength as compared to other materials.

Pyrolytic graphite sheets are an intriguing material with a lot of useful chemical and physical properties that could be highly beneficial for you.

Considerable research has been conducted on pyrolytic graphite and other forms of carbon. Pyrolytic graphite sheets are the most exquisite materials to meet the modern requirements of several industries especially the electronics industry. A lot of research is still being conducted to make those materials more fruitful and beneficial for mankind. Common methods of heat transfer are failing in recent years because the size of electronic devices is decreasing while power consumption is increasing. This scenario requires highly efficient and effective thermal management systems and thanks to pyrolytic graphite sheets, engineers have the solutions. But still, there is room for improvement and geniuses are looking forward to consummating and perfect the pyrolytic graphite sheets technology.