Lanthanum, an element from the group Lanthanides, has the atomic number 57 and the chemical symbol (La). Lanthanum has several unique properties. By its very nature, it is ductile, soft and white and is pretty much metal. In this article, we’ll study the history, properties, and applications of Lanthanum Micron Powder.

Disclaimer: The content of this post or any other linked material is intended for informational purposes only and should not be taken as medical advice. 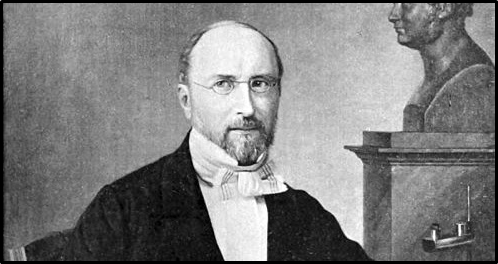 To remove the impurities, Gustav had obtained a small amount of cerium powder and added dilute nitric acid, resulting in some amounts of citrium nitrate powder being dissolved in the acidic solution. The newly formed oxide was more basic than cerium oxide. He then removed the solution from the droplets with sodium oxalate and heat.

In the same year, Axel Erdmann discovered Norwegian mineral which he called mosandrite. Lanthanum as a pure metal was first discovered in 1923 through electrolysis of the combined halides by H. Kremers and R. Stevens. After further studies, Mosander again discovered a new rare earth element in 1841, which he named ‘didymium’ since it shared some similarities with lanthanum. Later on, didymium was shown to be a mixture of some mysterious rare earth elements. Samarium was discovered in didymium and removed it from the original element. It was, later on, discovered that the remaining elements making up didymium were neodymium and praseodymium.

In Greek, the word ‘lanthanum’ means hidden due to its rare nature. Even though, the element is categorized as a rare element, it happens to be the 28th populous element in the earth’s crust. It forms a quarter of lanthanides which form 39 mg/kg of the earth’s crust. Lanthanum is purified by a process of electrolysis of anhydrous lanthanum chloride (LaCl3) and sodium chloride or potassium chloride (NaCl or KCI) at increased temperatures.

Lanthanum alloys have several applications and use. As a rare element in the earth’s crust, lanthanum is most commonly discovered in minerals such as cerite, allanite, bastnasite, and monazite.

Monazite and bastnasite contain 25 and 38 percent of lanthanum, respectively. Cerite was first discovered in 1803 by students of chemist Jacob Berzelius when they reached the opinion that ceria was an impurity oxide that contained another rare earth element. The element is produced by limiting the amount of anhydrous fluoride using calcium. It gets oxidized in air swiftly and is vulnerable to extreme temperatures. The average melting point of lanthanum is 1,684.4 F (918 degrees centigrade) and a boiling point of 6,267.2 F (3,464 degrees centigrade). Lanthanum micron powder is commonly produced by the process of precipitation, in which liquid was separated from the solid-state of the impure material. Precipitation process is often carried out in different operating states such as reaction temperature and agitation speed.

1. Color and texture of Lanthanum

As stated earlier, lanthanum is silvery-white and soft and can be divided with a sharp object.

Lanthanum is considered ductile and very malleable. Its unshielded surfaces deteriorate rapidly when they come in contact with air, thus resulting in the formation of the oxide.

When in contact with water, lanthanum reacts to form lanthanum hydroxide and hydrogen gas.

The powder reacts with chemicals and forms compounds with elements like carbon, boron, selenium, nitrogen, halogens, etc. It often exists as an ion in its compound. When ignited, lanthanum burns easily.

Applications and Uses of Lanthanum

Here are some of the applications of Lanthanum micron powder:

The first application of lanthanum micron powder was in gas lantern mantles when chemist Carl Auer von Welsbach utilized a combination of lanthanum oxide and zirconium oxide, which he termed “Actinophor”. Pioneering mantles produced light is tinted green color and did not amount to success, thus, leading to the failure of his company.

Lanthanum micron powder is being used in the production of nickel-metal hydride batteries. One major material for the production of these batteries is La (Ni3.6Mn0.4Al0.3Co0.7. the material is relied upon due to its richness in lanthanides. Since most hybrid vehicles run on nickel-metal hydride batteries, large quantities of lanthanum powder are needed for hybrid vehicle production. For example, a typical Toyota Prius would require up to 10-15 kilograms of lanthanum.

These alloys contain some amounts of lanthanum. In a reversible absorption method, these alloys have the capacity to contain 400 times more of their own volume of hydrogen gas. Energy is released whenever this is done thus, showing the possibilities of alloys in energy conservation.

Lanthanum oxide and boride are applied in vacuum tubes powered by electricity. They usually take the form of cathode material with strong emission of electrons. Lanthanum hexaboride LaB6 crystals are utilized as emission sources for electron microscopes.

Lanthanum trifluoride forms an essential part of ZBLAN, a heavy fluoride glass. The glass has a stronger transmission effect in the infrared form and thus utilized in fiber-optical communication systems.

These lamps are produced by using a combination of rare earth materials or elements to significantly improve the quality of light. This light is utilized in motion image production companies for lightening and projection in the studio and consumes about 25 percent of this rare earth element.

Lanthanum micron powder helps to improve the alkali resistance in glass and particularly used in the production of optical glasses like the infrared absorbing glass, camera, and telescope glasses.

Lanthanum micron powder is equally utilized in the production of steel. The addition of a small amount of lanthanum powder to steel helps to improve the quality. It makes it more malleable and ductile. However, the addition of lanthanum to molybdenum only reduces its strength and ability to adapt to varying temperatures.

9. Removal of phosphates in pools

Additives of lanthanum oxides when added to tungsten serves as radioactive thorium.

11. They form components of catalysts

Many lanthanum compounds and rare earth elements form components of catalysts such as petroleum cracking catalysts.

12. Calculate the life span of rocks

Lanthanum barium radiometric dating can be utilized in the calculation of the age of rocks even though the process is an unpopular one.

Lanthanum carbonate has been approved for medical purposes. The element can be taken as medication to incorporate excessive amounts of phosphate in medical conditions like renal failure.

Lanthanum is not easily absorbed by the human system after oral administration. When also induced through injection, its removal is very slow. However, lanthanum carbonate has been approved as a phosphate binder for the absorption of excess phosphate in conditions like renal failure.

Flame lighters utilize mischmetal which contains some quantities of lanthanum to create sparks through the process of friction.

Lanthanum is the major element used in the production of goggles for night vision. In camera, telescope and other special glasses, lanthanum sharpens the alkali resistance of the glass.

As stated earlier, lanthanum micron powder is prescribed as a medication for the reduction of blood levels of phosphorus in people suffering from various kidney diseases. It is a medical fact that high levels of phosphate in human blood can result in bone issues. Lanthanum which is grouped as a phosphate binder thus plays its role of binding phosphorus gotten from foods in diet from being absorbed into the blood vessels. It is often prescribed as a chewable tablet or oral powder. Patients are advised to strictly follow the directions of usage or consumption by their medical doctors.

Apart from renal failure, lanthanum can be prescribed for other medical conditions. Patients are often advised to inform their doctors about any allergic reaction to the drug, in order to issue a discontinuance. If they are also allergic to any other medication containing any lanthanum ingredient, they are to inform their doctors. They are also required to inform doctors or pharmacists about any prescription or non-prescription medication, supplements, vitamins, or herbal products they take or intend to take. The reason for this dissemination of information is to allow doctors to issue the right prescription, change medication doses or carefully monitor the occasion of side effects. No medicine or supplemet should be used without proper prescription or advice from a licensed medical doctor. Information presented above does not intend to provide medical advice.

Thus, Lanthanum micron powder has very important properties and applications. Amongst other properties, lanthanum is a soft, malleable and ductile metal. It has a lot of applications as discussed above, however, its main function is to improve the quality of glass.