Platinum foil with high assay and in the form of sheets are fabricated in various thicknesses and sizes for a broad range of industrial applications such as devices that are exposed to high temperatures, in electronic industries and electrical contacts as well as electrode fabrication. Platinum is a metallic element with the atomic number of 78. It is known as a ductile malleable and dense precious metal with a highly unreactive nature and a silvery-white hue. As a transition metal, platinum belongs to the platinum group elements of the periodic table with as many as six naturally occurring isotopes. The occurrence of platinum on Earth crust is rare with the average abundance of nearly 5µg per kilo of relevant minerals where it is found. Generally, platinum is found in some copper and nickel ores and due to its lower occurrence, only a little amount of that is extracted and produced annually and with regard to its important applications in science, industries and jewelry, it is classified among precious metals and materials.

Chemically, platinum is known as the least reactive metal with excellent resistance against corrosion even at elevated temperatures and is therefore termed and regarded as noble metal as well. Based on this unreactive quality of platinum, it usually occurs chemically uncombined as pure native platinum and as an alloy along with iridium without being oxidized in the air at lower temperatures. Nevertheless, platinum is oxidized to form PtO2 at temperatures as high as 500°C and could be removed thermally later on. It should be taken into consideration that platinum is chemically attacked by halogens like iodine, bromine and chlorine as well as sulfur. It dissolves in the mixture of nitric and hydrochloric acids (aqua regia) but is insoluble in nitric acid (HNO3) and hydrochloric acid (HCl) separately. Since platinum it is found naturally in the alluvial sands in various bodies of water like rivers, it was first employed to make artifacts in some parts of the world near the seas and rivers. 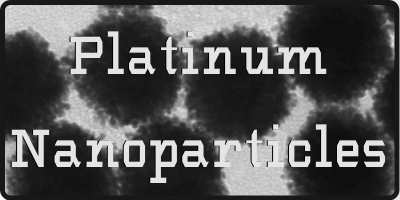 Pure platinum is basically more ductile when compared to copper, gold and silver and in fact is known as the most ductile metal in its pure form. However, platinum is not as malleable as gold and exhibits stable electrical properties. In fact, platinum’s excellent physical properties and chemical stability make it a favorable material for applications in various industries. As an instance to this, the resistance quality of platinum to wear and tarnish make it a potential material to be used as a jewelry item. Platinum goes in six naturally occurring isotopes with 195Pt as the most abundant of all. This isotopes comprises more than 30% of all platinum found in Earth’s crust and is the only stable isotope that possesses a non-zero spin. In addition to the natural isotopes, platinum has around 34 synthetic isotopes that range from 165 to 204 in atomic mass. The least stable of these isotopes is 165Pt. Most of platinum isotopes suffer decay with the combination of alpha and beta decay.

Production and Extraction of Platinum

Platinum is commercially produced as a by-product of copper and nickel mining and extraction. Particularly, noble metals such as platinum-group metals as well as tellurium and selenium reside at the bottom of reactions cells known as anode mud during electro refining of copper determining the starting point for the extraction of the platinum-group metals. If platinum with higher purity is discovered in deposits and other ores, it can be separated from the rest though subtracting impurities and various physicochemical methods. Since platinum is considerably denser than many of its impurities it is found in, impurities can be removed perfectly via floating them away in a liquid. Because of platinum’s paramagnetic property, nickel and iron impurities (which are classified as ferromagnetic metals) are easily removed from the mixture through applying an electromagnetic force. In addition, since platinum has a higher melting point (1768°C) than that of many substances, many impurities could be burned or melted away without melting the platinum itself. Even though platinum is resistant to hydrochloric and sulfuric acids, other substances are readily attacked by them. Metal impurities can simply be removed through stirring the mixture containing platinum and other metals in any of the two acids mentioned above along with the consecutive recovering of the remaining platinum. 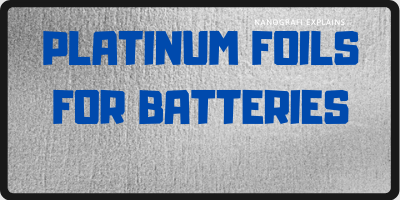 An appropriate purification technique for the raw platinum in the presence of gold and the relevant platinum-group metals, is dissolving them in aqua regia through which gold, palladium and platinum are dissolved, while ruthenium, rhodium, osmium and iridium, remain unreacted and intact. In so doing, gold is precipitated via iron chloride (III) (FeCl3) addition and the subsequent precipitation of the platinum is done by adding ammonium chloroplatinate after gold is filtered. Ammonium chloroplatinate itself could be converted to platinum by heating. It must be noted that non-precipitated hexachloroplatinate (IV) might also be reduced using metallic zinc as a similar technique for recovery of platinum in smaller scales.

A foil is basically a very thin sheet of a particular metal made through rolling and hammering. Foils are generally made of malleable metals like copper, gold, tin and aluminum. Foils usually bend under their own weight and can be torn easily. In fact, the more malleable a metal is, the thinner foil is prepared out of it. As in instance to this, aluminum foil is usually as thin as 1/1000 inch (0.03 mm), while a foil out of gold can be fabricated with the thickness of only a few atoms which is known as gold leaf since gold is more malleable than aluminum. Foil is most commonly employed in household applications and is also useful in survival situations due the fact that the reflective surface reduces the degree of hypothermia caused by thermal radiation.

Platinum has found numerous applications based on its unreactive and inert nature. It is widely used to make standards for weights and measures and in the electronics industry, it is consumed in electrical contacts that are susceptible to high temperatures. It also is used in electrode manufacturing with applications in electrochemical studies as well as platinum plating industries. Currently and as an important application, platinum is employed in car exhaust catalysts where a ceramic honeycomb is coated with platinum foil. Platinum has a well-known application in manufacturing jewelry. Platinum-foil temperature sensors belong to wire wound styles category. In this application of platinum foil, a winding of solid platinum wire is intercalated between two polyimide foils that are basically self-adhesive. Later, foils are joined after the platinum winding is adjusted through the winding length. The platinum foil temperature sensor is mainly designed for applications at temperatures ranging from -80 to +180°C. These platinum-foil temperature sensors are a suitable choice for measurements on slightly curved and flat surfaces. Their flexibility and small thickness are advantages that enable measurements at sites that aren’t easily accessible. Due to platinum foil’s low intrinsic mass and relatively large surface area, temperature sensors exhibit fast response where it is applied 1.

Platinum native qualities of inertness, unreactive nature and the ease of purification have caused platinum foil to emerge as a promising and versatile product with broad applications in science, electronics and industries. The inert, ductile and malleable properties of platinum greatly contribute to highly pure foil with desirable thicknesses.