Fluids hold an important place in every aspect of life. Naturally, they have been the center of researches since the beginning of our scientific quest. Amongst numerous studies of Sir Isaac Newton, there are important findings on fluid behavior as well. Newton described how common fluids behave and stated that they have constant viscosity under constant pressure and temperature. In other words, under constant pressure and temperature, the shear stress of these fluids is proportional to the shear rate creating a linear fashion. Hence, these types of liquids are called Newtonian fluids including water, oil, alcohol, etc. Since then the behaviors of Newtonian fluids have been analyzed and mathematical models have been established. However, in the past 60-70 years, scientists have recognized that many substances of industrial significance, especially of multiphase nature (foams, emulsions, dispersions and suspensions, slurries, for instance) and polymeric melts and solutions (both natural and manmade) do not conform to the Newtonian fluid behavior. These fluids are variously called non-Newtonian, non-linear, complex, or rheologically complex fluids. Unlike Newtonian fluids, Non-Newtonian fluids do not have a linear relationship between shear stress and shear rate. On the contrary to the general understanding, non-Newtonian fluids are not rare. In fact, they are much more common than Newtonian fluids in nature and technology. This is why it is extremely important to understand the behavior of non-Newtonian fluids.

What are the Different Types of Non-Newtonian Fluids?

Non-Newtonian fluids can be categorized depending on their different flow behavior. First, their flow behavior is categorized as time-dependent and time-independent. The viscosities of non-Newtonian fluids that show time-dependent flow behavior are functions of the applied shear stress or the shear rate and the duration for which the fluid has been subjected to shearing. On the other hand, the viscosities of time-independent fluids only depend on shear rate and shear stress.

Sub-categories of time-independent non-Newtonian fluids are shear thinning fluids, visco-plastic fluids, and shear thickening fluids. Shear thinning fluids which are also called pseudoplastic, show decreasing viscosity with the increasing shear rate. Common examples of these types of non-Newtonian fluids are tomato sauce, blood, and ketchup. For example, if you want to get the last of tomato sauce from the bottom of the bottle all you have to do is to hit the bottle slightly. With the effect of this shear stress, the viscosity of tomato sauce decreases and it runs easier. By contrast, shear thickening fluids which are also known as dilatants, show increasing viscosity with the increasing shear rate. Shear thickening fluid behavior is commonly observed in concentrates suspensions such as corn starch suspension in water (oobleck), kaolin, and TiO2 suspensions. At low shear rates, the liquid media in these suspensions is able to fill the voids between solid particles and lubricate eliminating the friction between them. Consequently, the resulting stresses are small. At the high shear rate, however, the mixture expands (dilates) slightly so that the available liquid is no longer sufficient to fill the increased void space and to prevent friction. This leads to the development of much larger shear stresses and increased viscosities. Visco-plastic fluids are characterized by the existence of threshold stress which is called yield stress or apparent yield stress. Below this certain yield stress value, the fluid does not show any deformation and behaves like a rigid solid. However, above this yield stress limit, the material flows like a fluid. The typical examples of visco-plastic fluids are mustard, hair gel, heavy oils, slurries of mine tailings, fresh concrete, and wood pulp. 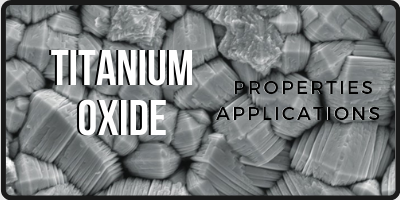 Time-dependent non-Newtonian fluids can be further categorized as thixotropic and rheopectic fluids. As it was mentioned earlier, the flow behavior of these types of non-Newtonian fluids changes with time as well as the shear rate and shear stress. Thixotropic behavior is the time-dependent analog of shear thinning fluid behavior. Thixotropic fluids show decreasing viscosity to an equilibrium value with the duration of shearing at a constant shear rate. If the system is left to rest after this structural equilibrium is reached, the fluid regains its original structure creating a hysteresis loop. On the contrary, no hysteresis loop is observed shear thinning fluids. Examples of thixotropic fluids are honey, gelatine, and cytoplasm. Rheopectic behavior is also defined as negative thixotropy. Rheopectic fluids show increasing viscosity with the duration of shearing at a constant shear rate and create a hysteresis loop. An example of rheopectic fluids is cream which gets thicker as you whip.

What are the Everyday Applications of Non-Newtonian Fluids?

Typical shear thickening fluids such as polyoxyethylene, polyacrylamide, olefin homopolymer, and polymethacrylate can be used as drag reducing agents in water or other solvents. The reduction of drag leads to increased pipeline capacities and decreased resistance on the ships. Furthermore, the addition of polyoxyethylene to firefighting foams reduces the fluid flow resistance and leads to higher fire water head.

Non-Newtonian fluids are also utilized to improve the quality of printing technologies. Studies show that thixotropic or shear thinning fluids such as sodium alginate, modified starch, and cellulose derivatives can be utilized as natural thickeners in the printer ink. These non-Newtonian fluids improve the viscosity and the flow behavior of the ink providing a clearer printing experience.

Non-Newtonian fluids are also utilized in damper and brake systems. The modified dimethyl silicone oil is used as the magnetorheological fluid in dampers and brakes. The viscosity of non-Newtonian fluids used in these systems increases in the magnetic field and improves energy dissipation. Dampers are used in noise reduction systems of washing machines, building seismicity, and carrier-based aircraft interception systems. Brakes are utilized for the control of the rotational speed of motors.

An innovative use of non-Newtonian fluids is designing body armors and protective materials. Shear thickening fluids such as SiO2 dispersions in polyethylene glycol or polymer suspensions in oil-based liquid lubricants are used to produce clothing pieces. The products can be body armors and helmets for police officers or military, cycling gloves, ski suits, knee and elbow pads, and phone cases. Shear thickening fluids become more viscous when sudden shear stress is applied protecting the body or precious everyday items. 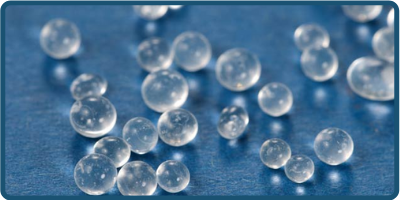 In addition to these applications, non-Newtonian fluid behavior can also be found in food products such as low-fat mayonnaise, yogurt, jam, taffy, salad dressings, starch suspensions, etc. Alginate stabilized thixotropic gels are commonly utilized to stabilize the emulsions and consistency of food such as ice cream.