Nickel oxide (NiO), with intensified properties in nanoscale as nanoparticles, has applications in semiconductors, micro-supercapacitors, tuned circuits, thermistors, capacitor-inductor devices batteries, etc. Metal oxide such as NiO have gotten increasing and considerable attraction among nanomaterials in technology, science and industries. The interest in this class of nanostructures is particularly due to their magnetic, optical, catalytic and electrical properties as well as mechanical hardness, passive chemical nature and thermal stability. Amongst, Nickel oxide is a capable and well-known metal oxide which is available in nanoscale in a number of synthesis methods. Nickel oxide has a density of 6.67 g cm-3 with a melting point of 1955˚C and because of its numerous photovoltaic, sensing and electrochromic properties, it is considered a prominent semiconductor 1.

Nickel oxide nanoparticles (NiO-NPs) and nanocrystals exhibits improved and intensified behavior and properties due to a number of reasons such as the surface effect, volume effect, quantum size, and microscopic quantum tunneling effect. Nickel oxide is an appropriate choice for electrostatic immobilization of proteins with lower ionization potential. Nanoscale nickel oxide has been prepared in the form of nanoribbons, nanowires, nanoparticles and nanosheet. The application of nickel oxide nanoparticles as cathode material in batteries with alkaline property, gas sensing, p-type transparent conducting oxides, anodic electrochromic smart windows and devices for electrochemical storage are among the most common applications. In general, the physical and chemical properties of nickel oxide nanoparticles depend on the morphology and particle size. The considerable change in the properties and behavior of nanoparticles, as we know it, is due to a huge increase in their surface area and quantum size effects making them available for reactions 2. Nickel oxide nanoparticles melting point is lower than that of the bulky mode with an increased bandgap between the valence and conduction bands. Moreover, the NiO-NPs are less probable to face defects as their mechanical strength is remarkably high. In addition, the catalytic efficiency of NiO-NPs is so high compared to its bulky form. Nickel nanoparticles are now extensively studied due to their high chemical stability, super-conductance features, electrocatalysis and electron transfer capability. NiO is originally a p-type semiconductor metal oxide with a bandgap between 3.6 and 4 electron volts. This metal oxide is an antiferromagnetic agent with the Neel temperature of around 523K with high isoelectric point as nearly 10.7 showing high ionization behavior 1.

Synthesis and Preparation of Nickel Nanoparticles/Nanopowder

Based on the versatility and variety of chemical methods of nanoparticle synthesis, different methods of synthesis have been suggested. It should be noted that several physical methods are also available with satisfactory particle sizes in nanoscale. Moreover, many sustainable methods have also been suggested to obtain NiO-NPs. Generally, the common methods can be referred as microemulsion, coprecipitation, sol-gel, chemical bath deposition, electrodeposition, spray pyrolysis, hydrothermal method, electrospray, laser liquid ablation and spin coating.

Green chemistry synthesis methods have advantages compared to physical and chemical techniques as they are environmentally friendly, consume less energy with almost no waste as byproducts 3. According to a green method, nickel oxide nanoparticles are synthesized as a single-phase method using a natural extract of a plant with an oxidizing/reducing capability. To do so, the extract of a native African plant called Agathosma Betulina is used as a chelating agent t coordinate with some nickel based salts namely Ni(II) nitrate hexahydrate, Ni(II) sulfate hexahydrate and Ni(II) hexahydrate 3. All in all, the green methods of nickel oxide nanoparticle synthesis follow a path through which plant extracts are used as a reducing agent or a metal substrate is used to grow the whole plant on it. Based on these methods, the in-situ reduction of the nickel nanoparticles becomes feasible with a controlled particle size and morphology. Among the common reducing biomolecules, sucrose and glucose are widely used to run the reduction reaction and stabilize the nanoparticles in the nanoscale 2. In another report on chemical method for NiO-NPs synthesis, the nickel nanoparticles are synthesized using the reaction between hydrazine with nickel chloride at room temperature followed by thermal decomposition of nickel hydroxide nanoparticles as the precursor 4. Based on a method, nickel oxide nanoparticles are synthesized taking the advantage of co-precipitation method. Accordingly, nickel chloride hexahydrate is titrated with sodium hydroxide (NaOH, 4 molar) at pH= 13 to obtain a solution with green hue with a subsequent heating at 60˚C for a couple of hours and then sonication for three minutes. Within the next step, the pH of the solution is adjusted to be 7 and is dried at 100˚C for 16 hours 5. 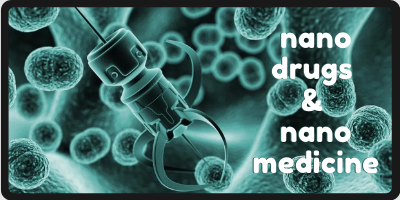 Nickel oxide nanoparticles and nanopowder have been the focus of increasing interest due their structure, biological and industrial properties. A lot more applications can be found for nickel nanoparticles with a precise control over the particle size and morphology. Sustainable methods have shown to result in fine particles and favorable shape of NiO-NPs a long with favorable environmental effects. Green synthesis methods of nickel nanoparticles are various enough to be beneficial for economy and the environment. Nanoscale NiO oxide particles exhibit increased physical and chemical properties due to remarkable increase in their surface area making them potential agents to be applied in different fields in science, biomedicine synthesis, sensing platforms, industries and electronics.