Nanocellulose is a high-performance additive that is successfully used as a rheological modifier, reinforcing agent and additive in multiple high-performance materials and applications. Nanostructured fibrils can be isolated very efficiently from any source containing cellulose by homogenization and high-power ultrasonic milling. With sonication, it is possible to obtain a higher degree of fibrillation, higher yield in Nanocellulose and thinner fibers. Ultrasonic technology excels in conventional nanocellulose production methods due to the extreme high cavitational shear forces. It has a lot of applications which will be discussed in this article along with

Nanocellulose is a material very similar to glass fiber or Kevlar: it is very rigid, light and has eight times the tensile strength compared to steel. In addition, the nanocellulose crystal was found to be impermeable to gases and, when used as a base for foams and aerogels, it is highly absorbent.

In the beginning, its marketing was hindered by the production process, which was too expensive in economic and energy terms, but thanks to the numerous researches and experiments carried out in recent times, the costs were significantly reduced. To cite a practical example, the US Forest Service has opened the country’s first nanocellulose plant in Madison, Wisconsin. This is the third plant of its kind, the other two are located in Canada and Sweden. The production of nanocellulose in the CelluForce factory in Montreal has reached one ton per day. In a couple of years, the US Forest Service plans to sell nanocellulose for a few dollars a kilo.

The nanocellulose was discovered in 1980 and consists of vegetable matter, processed in such a way as to be dismantled and recomposed in structures resembling tissue crystals, on a microscopic scale. More specifically, when it is completely delaminated, it is formed by long microfibrils (5-20 mm in diameter) and its appearance is that of a transparent gel, quite viscous. The production process begins with a sort of woody paste which, subjected to high-pressure homogenization, is stripped of impurities and processed until cellulose fibers are obtained. The final product, the nanocellulose, in fact, resembles in some ways glass fiber or Kevlar, in terms of rigidity and lightness. This paste can be modeled and, once dry, it has surprising properties. In fact, it amazes for its incredible strength: eight times greater, if subjected to traction, than that found in steel. Not only that, it is also impermeable to gases and, if used as a component for foams and aerogels, it proves incredibly absorbent.

The nanocrystals are produced by processing the wood pulp, from which the lignin must be extracted, the element that gives the wood rigidity and resistance. From this cellulose fibers are obtained, which will remain suspended in water. These elements measure about ten micrometers wide and one millimeter long. To make the compound resistant, the cellulose fibers must be further shredded, obtaining a three-dimensional lattice. To compact the lattice, the process involves its compression and finally the elimination of water with the use of an acid. This last step, in particular, gives the material a high level of stiffness and tensile strength.

Starting from a fermentative process carried out by symbiotic crops, a nanocellulose biofilm was obtained, a material obtained in a completely natural way with zero environmental impact both in production and disposal, which structurally corresponds to pure cellulose – such as that obtained from trees. This material has interesting characteristics due to the capacitive and mechanical properties that classify it as an interesting element for design.

The process obtained through the use of fermenting substances has allowed the identification of optimal culture broths also among the waste substances of the agri-food and wine chains.

The recipe optimization is determined considering a proportional ratio of the macro constituents. The biofilms obtained represent the material of exceptional versatility, constituting pure cellulose nanofibrils, useful in many fields. The nanofibrils produced tend to compact into a single sheet of cellulose on the surface. The fields of application of this material are different:

Design: Coating of furnishings or clothing, as the characterization of the material has shown that structurally it can be compared to leather. For this reason, the first prototype of clothing was developed

Sensors: This material is capacitive, so it could be used for different furnishing objects that include sensors in the home.

Biomedical: The most complex branch that is being attempted. The plot allows you to incorporate active ingredients that could be released over time, so you could create healing bandages or simply containing active ingredients used in the field of cosmetics for facial masks.

Nanocellulose is a material of countless applications. Nanocellulose seems to be the right answer in many areas, from packaging to the military industry, from design to electronics. Let’s find out its main benefits and applications.

An interesting application of this material is the Paper Battery. A team of researchers from LinköpingUniversity’s organic electronics laboratory has developed a new device with exceptional energy storage capacity starting from a mix between nanocellulose and a conductive polymer.

Scientists managed to create a 15 cm diameter supercapacitor sheet and a few tenths of a millimeter thick. It is capable of storing up to 1 Farad, or a capacity very similar to that of the supercapacitors currently on the market: these are energy conversion and storage devices which, compared to chemical accumulators, have the advantage of being able to be loaded or unloaded almost instantly, thus ensuring high specific power. The new material created by the Swedish laboratories accomplishes just this task: according to what revealed by the first test results, it can be reloaded in a few seconds up to a hundred times and without losing efficiency.

An ultra-light flame-resistant foam made up of Nanocellulose, graphene oxide and sepiolite nanoparticles has been developed. To obtain high-performance thermal insulation, with flame-retardant and completely eco-friendly properties, researchers just combined the nanocellulose with other ‘green’ materials. This is the result of research funded by the Swedish strategic foundation (SSF) Sweden, conducted in collaboration with the Polytechnic University of Turin and published on 2 November last in the prestigious scientific journal Nature Nanotechnology, which led to the definition of a new completely biocompatible thermal insulator.

An Alternative to Traditional Materials

Given the impact that the thermal insulation of buildings has on global energy consumption (on average 10%), the urgency of the team was to find a real alternative to traditional materials such as polystyrene expanded that still do not allow the achievement of the necessary standards for the construction of low-energy houses.

The result is that of material, produced through a particular process called “freezecasting”, which by combining suspensions of nanocellulose, graphene oxide and sepiolite nanoparticles, has allowed the production of foams characterized by extreme thermal insulation properties and flame resistance being able to outclass traditional materials. The foams produced are ultra-light and have a higher insulating capacity than traditional materials.

From the point of view of fire protection, another fundamental characteristic for this material, the foams produced have shown a self-extinguishing behavior during the tests of resistance to the application of a flame: these new materials, therefore, prove safe also from the point of view of fires, in stark contrast to the properties of traditional materials which statistically are instead the main cause of burning in homes.

In addition to the technological properties, these innovative foams have a “green” and eco-sustainable composition, especially when compared with traditional materials for which fire protection additives are used which are toxic and extremely harmful to humans and the environment. 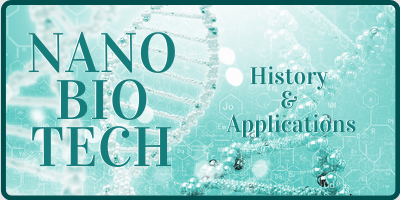 In conclusion, Nanocellulose is a biological innovation material with studies still in progress to obtain new application perspectives. Cellulose-based materials are gaining increasing interest thanks to their interesting properties. For example, Nanocellulose based paper seems to offer the perfect solution for packaging, because it guarantees the right protection and packaging for the product, with an eye to the environment both because it comes from renewables and because it is biodegradable. It is a safe, eco-friendly, light, easy to dispose of and recyclable material. Currently, nanocellulose is one of the most promising materials, achievable on an industrial scale and applicable in various sectors. All the characteristics related to nano-dimensions can be exploited to form new materials with better properties.