Magnetic iron oxide with the chemical formula of Fe3O4 is among the three most common and naturally occurring oxides of iron containing both Fe2+ and Fe3+ cations found in a mineral called magnetite. Iron oxide is regarded as a permanent magnetic material with ferromagnetic properties mostly employed as a black pigment. For the latter application, Fe3O4 is synthesized in a chemical process rather than being extracted from its naturally occurring mineral, magnetite. However, the particle size and the morphology of the particles could be different based on the synthesis procedure. Generally, particles with magnetic properties show completely distinct properties compared to their bulky forms and bulky magnetic crystals. Iron oxide particles and fine powders have drawn a lot of attention in different areas of science and industry because of their biocompatibility, pigment quality and desirable high saturation magnetization and supermagnetism.

Fine particles could adopt a single domain magnetic structure when their size falls below a critical value. In the case of these particles, the magnetic property and their response to an external magnetic field is defined and determined by their thermal energy and magnetic anisotropy energy barrier resulting in a superparamagnetic property at specific and characteristic temperatures called blocking temperature. Iron oxide is classified among the particles and materials with super magnetic properties when its particle size is reduced to a desire macron and nano size. Accordingly, this class of particles have been investigated predominantly for their applications in a variety of sectors in technology and biomedicine and so forth 1. Iron oxide is generally an electrically conductive material whose conductivity is one million times as high as that of Fe2O3. Fe3O4 appears to adopt ferromagnetic property at Curie temperature of 585°C. The excellent electrical conductivity of Fe3O4 compared to Fe2O3 could be ascribed to electron exchange between the Fe2+ and Fe3+ cations.

The chemical structure of iron oxide is based on a cubic inverse single group structure comprising a packed array of neighboring cubes in which the Fe2+ ions occupy half of the octahedral sites with Fe3+ cations being split evenly across the unoccupied octahedral and tetrahedral sites. Fe3O4 samples are non-stoichiometric where the temperature-dependent ferromagnetism originates from the coupling of spins of Fe2+ and Fe3+ electrons in the octahedral sites. Therefore, the magnetic is induced by both the octahedral and tetrahedral sites giving it permanent magnetism. Synthetic and natural magnetic crystals adopt opaque jet black color and metallic luster. The density of Fe3O4 is 5.18 g/cm3, a bit lighter than the reddish-brown Fe3O4. Generally, Fe3O4 magnetite particles exhibit hardness of 5.5, similar to glass at ambient temperatures. Effective surface areas of magnetite differ based on the preparation method the way that certain procedures lead to coarser and finer particles. Nevertheless, common micro-scale particles with diameters of 0.2 µm approximately, exhibit higher surface areas. It should be noted that Magnetite particles are not porous. In the case of the solubility, Fe3O4 dissolves much faster than other oxides of iron. The melting and boiling points Fe3O4 are as high as 1590 and 2623 °C, respectively with the fusion heats, vaporization and decomposition as 138.16 and 298.0 and 605.0 kJ/mole, respectively at elevated temperature of 2623 °C. 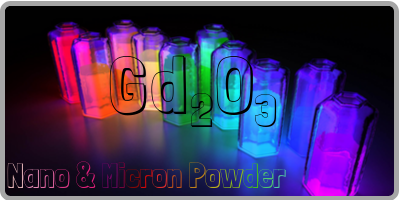 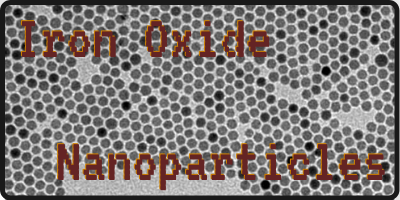 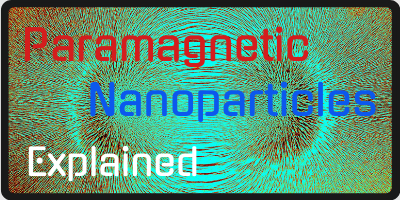 As it was discussed earlier, octahedral sites in Fe3O4 contain both ferrous (Fe2+) and ferric (Fe3+) with electrons coordinated with these cations being thermally delocalized leading to the migration of electrons within the limits of Fe3O4 structure to finally result in high conductivity. With regard to this, the transitional temperature of Fe3O4 causes regular arrangement of ferrous and ferric iron cations in the fabric of octahedral sites. Such an arrangement inhibits electron delocalization when the temperature falls. Additionally, Fe3O4 could be a bit of metal deficient crystal on octahedral sites. This lack of metallic property leads to n-type p-type magnetite semiconductor. The magnetic properties are particularly dependent on the Fe3O4’s Curie temperature which was discussed already. At thermal conditions lower than the Curie temperature, the magnetic moments of tetrahedral sites, which are basically occupied by ferric irons get aligned ferromagnetically, whereas the magnetic moments on octahedral sites get occupied by both ferric and ferrous species which basically cancel each other leading to an antiferromagnetic nature. This means Fe3O4 is ferrimagnetic at room temperature. However, as the temperature rises to Curie temperature, the ferromagnetic alignment of magnetic moments are destroyed by thermal fluctuations on tetrahedral sites where ferrimagnetic strength is diminished. Therefore, when the Curie temperature is achieved, magnetization falls to zero leading to supermagnetic behavior rises 2.

Preparation and Synthesis of Fe3O4

The preparation of Fe3O4 is carried out under anaerobic conditions through the oxidization reaction of ferrous hydroxide Fe(OH)2 in an aqueous solution to yield hydrogen gas and the Fe3O4. Particularly, Fe3O4 with favorable crystalline structure is more stable than ferrous hydroxide. In this order, Fe3O4 could be synthesized in the laboratory scales as a ferrofluid through mixing FeCl3 and FeCl2 in alkaline condition in the presence of sodium hydroxide. In a different method, Fe3O4 could be obtained via the chemical co-precipitation in alkaline condition in the presence of ammonia and agitation at 2000 rpm. In this case, FeCl3 and FeCl2 have to be kept at a molar ratio of 2:1 and are heated at 70°C along with an immediate agitation at 7500 rpm and the quick addition of ammonium hydroxide until a dark precipitate is obtained. Other synthetic methods involve reverse micelle, copolymer templates, solvothermal reduction and thermal decomposition 2.

Given the magnetic properties, there are potential opportunities for the incorporation of Fe3O4 in applications namely cell separation, environmental contaminant removal, sealing agents as liquid o-rings, magnetocytolysis, cooling mechanisms in loudspeakers and dumping, contrasting agents, high gradient magnetic separation, ferrofluids, magnetic resonance tomography magnetically guided drug delivery and mechano-electrical application. Fe3O4 used in high gradient magnetic separation involves the magnetic separation of suspended particles. As an example of using magnetite in this technology is implementation of fine powder of Fe3O4 in traditional water treatment plant coagulation. In this application fine powders of magnetite serve as seeding agents with magnetic properties to eventually form active magnetic flocs with other suspended particles. Fine powders of magnetite have an interesting application and colloidal suspensions containing fine magnetic particles called ferrofluids where strong magnetic fields are present. Ferrofluids could grow spikes along the applied magnetic field lines with some particular applications in in technology.

As a ferromagnetic powder as well as a conductive material, Fe3O4 has found interesting and important applications in different sectors of science, technology and industries. Fe3O4 magnetic powder has a very common application as black pigment. The time dependent magnetism property of Fe3O4 is an advantage for applications at different temperatures for particular purposes. The unique electronic structure of Fe3O4 originates from the combination of ferric and ferrous ions making it a superconductor while being a supermagnetic material.