Lutetium is a silvery-white chemical element with atomic number 71. Its symbol is Lu and belongs to the group of transition metals and its usual state in nature is solid. Lutetium is located at position 71 of the periodic table. The chemical element Lutetium was discovered by George Urbain in 1907. Its name follows from the Latin Lutetia, which was the first name given to the city of Paris. In this article, you will discover the properties, occurrence, and applications of lutetium. You will also learn the information associated with Lutetium such as its atomic number or the usual state in which Lutetium can be found.

Lutetium is a very difficult metal to isolatein its purest form and is relatively scarce on the planet, although it is more abundant than some precious metals such as silver and gold. The few applications it had until a few years ago and the limited production made it (comparatively speaking), an extremely expensive metal.

Lutetium is a chemical element of atomic number 71, atomic weight 174.97 and symbol Lu. It belongs to the class of lanthanides or terrerare, of which it constitutes the last term. It was discovered in 1907 by GeorgeUrbain in whatMarignac had believed an element and called jaundice. Urbain showed that it was actually the mixture of two rare earth metlas, one called by him neo-yerbium (today it is simply called ytterbium).

In the same period, but independently, Welsbach also discovered the Lutetium, calling it cassiopeo; this name is in some cases still used in Germany; in this case the symbol is Cp. The official nomenclature, however, formalized the name Lutetium and the Lu symbol. It has two natural isotopes; 175Lu (relative abundance 97.41%) and 176Lu (relative abundance 2.59%); the latter shows weak radioactivity. Lutetium is a rather rare element in the earth’s crust, of which it constitutes only 0.00007%; even in the universe it is not abundant: it is estimated that 0.05 atoms of Lutetiumexist for every million silicon atoms. Its chemical and physical properties are little known. It appears as a soft silver-white metal with a high specific weight (9.84 at 20 °C). It melts at 1,652 °Cand boils at3,327 °C; it is, therefore, a somewhat high melting and high boiling metal, unlike many other rare earths.

Lutetium can be obtained by reducing anhydrous lutetium trifluorideor trichloride with an alkaline or alkali metal. The chemical element Lutetium is the most difficult and the hardest to isolate. It represents an element of interest for the study of magnetism as well as lanthanum and yttrium since it forms trivalent ions only with sub-layers that have been completed, which is why it has no missing electrons to contribute to magnetism.

Lutecium, initially named after its official discoverer in 1907, then lutetium, by Latin grammatical correction. A beautiful name, appropriate for a chemical element of white-silver color, bright, like Paris, the city that held that name in ancient times. Until the late 50s of the last century; it was also called Cassiopeium and later Cassiopium, mainly by the German chemical and mineralogical schools. 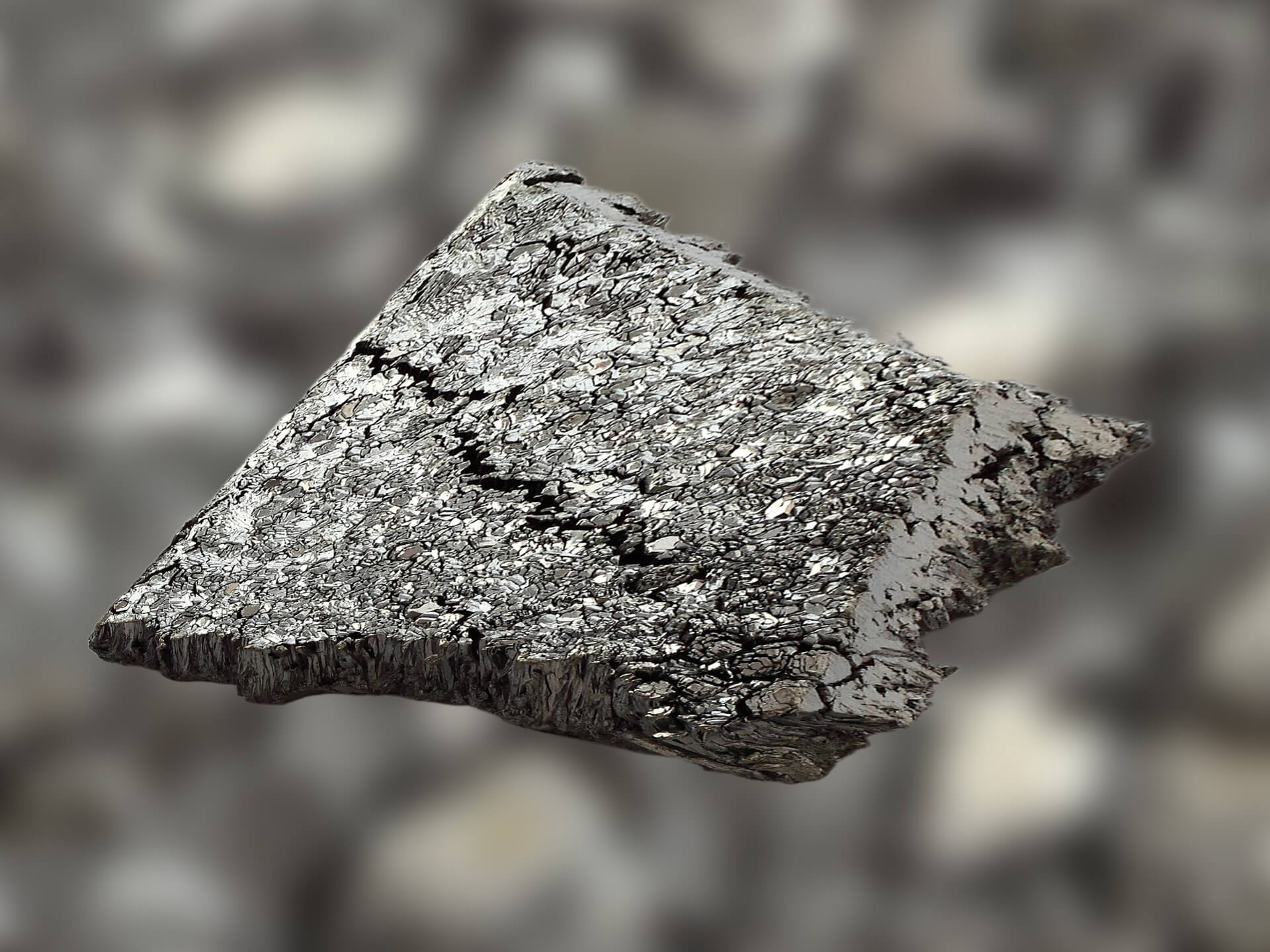 As sometimes happens with scientific discoveries, and more frequently it happened in times when scientific communication was not as fast as it is today. In the discovery of lutetium, three scientists attributed it simultaneously, working in places very distant: the Austrian mineralist and inventor Carl Auer von Welsbach, better known as Carl Auer (1858-1929), well known for his work on issues related to rare earths and for his contribution to the development of the lighting system of European cities based in combustion of mantle-incandescent gas, as well as several other inventions of great utility and relevance. The second scientist is the young American chemist Charles James (1880–1928), of British origin and academic background, National Historic Chemical Landmark to James’s work; and the third, the French chemist Georges Urbain (1872–1938)s, a prestigious and influential professor of the Sorbonne, who was ultimately a member of the “Premier Conseil de Chimie” of the “Institut International de Chimie-Solvay” in 1922, a predecessor organization of the International Union of Pure and Applied Chemistry (IUPAC).

These three prominent characters, mainly the American and French, declared themselves legitimate discoverers of the new chemical element and accused the others of having developed their research influenced or based on the scientific reports they had previously published. In all three cases, the finding of the new element came when studying impurities in the Iterbium element (Ytterbia). After a century it is certain that the investigations were carried out independently and that without plagiarism or any ethical conflict, the three discoveries were made.

After the international litigation, it was concluded that the scoop on the publication of the discovery corresponded to the French scientist Georges Urbain, therefore, it was his honor to name the new element. Hence the reason, emerging from Urbain’s nationalism, came the proposal to call it Lutetium: obviously by Lutètia, Roman name of Paris. It is also understood by this that in the region of German influence, the name proposed by the Austrian Carl Auer von Welsbach: Cassiopeium, which derived from Cassiopium, will be preserved for a few decades.

Lutetium is found in nature as the stable isotope 175 Lu (with 97.4% abundance). The longest radio-isotope is 176 Lu, with a half-life of 3.78 × 10 years, in addition, 32 other radio-isotopes have been artificially prepared and characterized. The one with the lowest half-life, 23.1 minutes, is 178 Lu. The isotopes of longer half-life are used as datalers, for example, meteorites, and those of lower half-life as suppliers of particles for positron emission in Positron Emission Tomographs, a tool of fundamental importance in oncology.

It is the last element of the lanthanide or rare-earth series. Its atomic mass is 174.97 g / mol. Its density is approximately ten times that of water, that is, if there are volumes of the same size of water and lutetium, the weight of the latter will be ten times greater.

Transition metals is the group to which Lutetium belongs. In this group of chemical elements to which lutetium belongs, are those located in the central part of the periodic table, specifically in block d. Among the characteristics that lutetium has, as well as those of the rest of transition metals is that of including in its electronic configuration the orbital d, partially filled with electrons. Properties of this type of metals, among which is lutetium are its high hardness, having high boiling and melting points and being good conductors of electricity and heat.

The atomic mass of an element is determined by the total mass of neutrons and protons that can be found in a single atom belonging to this element. As for the position where to find the lutetium within the periodic table of the elements, the lutetium is in group 3 and period 6. The lutetium has an atomic mass of 174,967 u.

Moreover, Lutetium is resistant to corrosion. It has 2 compounds: Lutetium Trichloride LuCl3 and Lutetium Trifluoride LuF3.

The main applications of Lutetium are summarized below:

In general, non-water-soluble lutetium salts have no toxic effects, but water-soluble salts are dangerous. When humans are exposed to them for prolonged periods, for example in the work environment, the humidity will generate vapors that can be inhaled with air. It is known that this can cause pulmonary embolisms and be harmful to liver function. Generically, the presence of these salts causes damage to cell membranes, thereby altering all cell functions.

Lutetium is a silver-white metal, very rare in nature, heavy, hard and very expensive. Lutetium is a chemical element of the Lu symbol belonging to the lanthanide group of the periodic table. Its atomic number and atomic weight are 71 and 174,967 amu, respectively. Among the lanthanides, it is the densest (9,841 g/cm3) and hard. Lutetium is present in certain minerals, as is the case with all lanthanides, with monacite being the main and commercial source of this metal, where it can be found in up to 0.003%. In addition, it is obtained from minerals that contain small amounts of yttrium. It is used for catalytic cracking and in hydrogenation, alkylation and polymerization reactions. Among its applications is to be a catalyst for certain industrial operations such as oil cracking.