In some aspects, gallium has different electronic properties compared to those of silicon. Gallium possesses higher electron mobility with practically higher saturated electron velocity making gallium arsenide function at frequencies as much as 250 GHz when employed in transistors. Devices containing gallium arsenide in their composition aren’t sensitive and easily damaged against higher temperatures because of its broader bandgap and cause considerably less noise and disturbance in an electrical signal in electronic circuits compared to devices with silicon alone. The properties mentioned are enough reasons to consider gallium arsenide as a potential and practical candidate to be applied in satellites, mobile phones and communication technology. Moreover, gallium arsenide has another advantage to be a promising candidate instead of silicon. It has a direct bandgap meaning it’s capable of absorbing and emitting light more efficiently. However, silicon has and indirect bandgap with a poor quality in emitting light. Gallium arsenide with pure assays is considerably resistive material and when combined with a relatively high dielectric constant, gallium arsenide’s resistive quality makes it a perfect substrate for integrated circuits providing natural isolation between circuits and devices. This property of gallium arsenide makes it a promising agent for monolithic microwave integrated circuits (MMICs) through which active essential components can be grown on the single gallium arsenide wafer.

Wafers, also known as slice of substrate, are thin layers of semiconductor applied mostly in integrated circuits fabrication and in photovoltaic cells and solar cell manufacturing. Wafers have a role as substrates for devices in microelectronic scales. In order to be applied, wafers undergo modifications including ion implantation, doping, thin film deposition and etching. 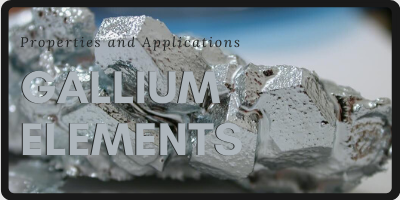 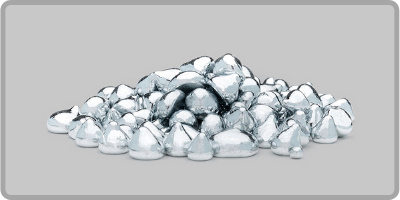 Normally, the gallium arsenide producers and electric devices companies manufacture LED chips and gallium arsenide epitaxial-growth wafers. The most common and widely used methods to prepare GaAs wafers include the vapor-phase epitaxial (VPE) growth method, the gradient freeze (GF) method, and the liquid-phase epitaxial (LPE) growth method. There are new methods too with the liquid-encapsulated Czochralski (LEC). There are some commercially mirror wafers available and some are employed as epitaxial growth substrates. Molecular beam epitaxial (MBE) and, metal-organic chemical vapor deposition (MO-CVD) have been suggested in some recent preparation procedures. In the gradient freeze method for example, gallium and arsenic are put in quartz boat and degassed in a furnace at 600°C. At this point, arsenic is volatized and engages in a reaction with gallium. After the GaAs is produced, it is dissolved in a gallium solution in order to convert all of the gallium into gallium arsenide. Later the temperature is risen to reach to 1238°C for gallium arsenide to melt. After the furnace starts to cool down gradually, GaAs singular crystals are formed. The gradient freeze method is advantageous since the resulting gallium arsenide has a high quality and low defect 2. There is another technique known as Bridgman-Stockbarger done by crystal growth in a horizontal zone furnace where arsenic and gallium react in the vapor phase as the free molecules immobilize on the seed crystals at the cooler a part of the furnace where the temperature is low. In liquid encapsulated Czochralski (LEC) method, highly pure crystals are synthesized that possess a semi-insulating characteristics. 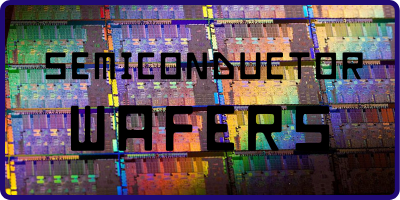 The light source for optical communications devices, laser printers and optical disks are all equipped with laser diodes. Since the electron mobility of in gallium arsenide is five times as high as silicon, the GaAs wafers have broad applications as substrates for integrated employed in super computers with high speeds. In so doing, field effect transistors (FETs) have applications in amplifiers with very low noise used in microwaves, satellites direct broadcasting system and mobile phones. What’s more, gallium arsenide have electromagnetic radiation properties as well. Therefore and based on this property of GaAs, Hall sensors are employed in motor positioning sensors and rotor meters. Regarding the thermal stability and photoelectric properties of gallium arsenide, GaAs-based solar cells have found uses as generators with long life and higher efficiencies mostly used in satellites. Table 1 summarizes the gallium arsenide wafers applications 2.

Gallium arsenide wafers have emerged as an associating substrate to integrate semiconductors, optical and electronic devices with integrated circuits taking the advantages of their direct and broader bandgaps, higher carrier mobility and lower resistivity.