Fuel cell is basically an electrochemical cell capable of converting the chemical energy resulting from a chemical reaction of hydrogen and oxygen as the oxidizing agent into electricity in a process called redox. Generally, fuel cells differ from most of the available batteries due to taking the advantage of a continuous source of fuel and oxygen in order to maintain a chemical reaction. However, the chemical energy in most of the cases comes from onions, cations or oxides. In fact, fuel cells can generate electricity progressively for as long as there is enough oxygen to process the oxidization reaction. The history of fuel cells goes back to 1838 when Sir William Grove invented them. However, the emergence of the first fuel cells for commercial purposes was almost a century later after the invention of hydrogen oxygen fuel cells. Later on, NASA used the alkaline fuel cells also known as Bacon fuel cells for space programs and space exploration purposes starting in the mid-1960s. Primarily, fuel cells are employed in applications to backup power in residential, industrial and commercial zones in the areas away from the cities. Fuel cells are also applied to power cars, buses, motorcycles, boats and submarines that run on electricity 1. 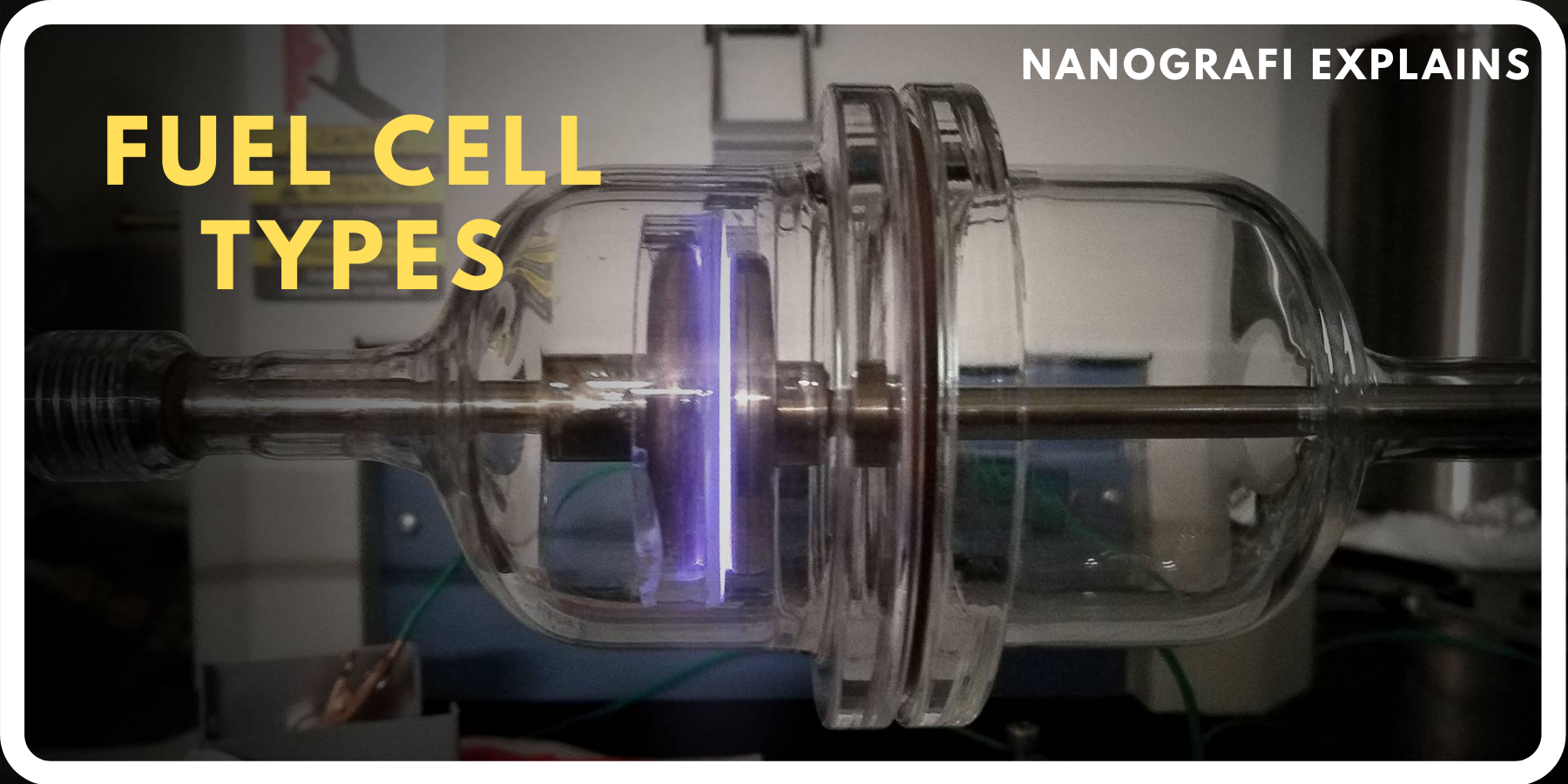 Up to this point, different types of fuel cells have been designed that introduced to the market and scientific research projects. Interestingly, all these fuel cells share a cathode and anode as well as an electrolyte that makes it possible for the positively charged ions like hydrogen to migrate between the two sides of a fuel cell. The development of fuel cells in larger scales is somewhat hampered because of the issues with the durability under distinct conditions and too high costs. Nevertheless, the cost in the case of low-temperature cells is mostly because of the type of electrolyte and electrocatalyst. In addition, the waste and processing cost both dominate the high temperature fuel cell systems. Therefore, the enhancement of the efficiency of the fuel cells based on the low electrocatalyst loading and the development of catalysts based on non-noble metals have become the center of attention of research project for the past years with the recent attempts in improving them with oxygen reduction reactions and the electrooxidation reactions of hydrocarbon fuel cells namely formic acid, ethanol and methanol. The problems with the fuel cells these days are expected to be partially sorted out based on the nanotechnology through the development of electrocatalysts for redox reactions with the consecutive improvement of the performance as well as the significant reduction and the cost of the processing 2.

The fuel cells have many different types but as it was mentioned before, they all function in the same way. Particularly, they are made of three adjacent segments with two chemical reactions occurring at the interfaces of the three mentioned segments. The outcome of the two oxidization reduction reactions comprises fuel consumption, formation of water or carbon dioxide and the generation of an electrical current to be used as the power source for electrical devices. Chemically speaking, oxidization takes place at the anode with hydrogen being oxidized to a positively charged ion and a negatively charged electron. Totally, the design of fuel cells involves the electrolyte substance the determines the type of the fuel cell, the anode catalysts that are usually platinum powder, the cathode catalyst which is nickel in most cases that converts into waste chemicals and gas diffusion layers which is mainly designed to resist the oxidization.

Porous Platinum nanotubes nanoporous alloys like PtNi, Pt3Ni, and PtNi have shown high oxygen reduction activities. Technically, particles need to possess a minimum of 15 nanometers in diameter in order to adopt porosity. Nanospheres with hollow structures like PtNi, Pt, CuPt and PtCu have shown to have considerably high activity for oxygen reduction and stability in a long-term course. In another case, mesoporous platinum nanorods have demonstrated really high massnormalized current density twice as high as platinum nanorods with no pores. The small-sized meso-Pt adopts remarkable current for methanol compared to those with higher stability and larger sizes 1.

Various types of carbon nanomaterials such as multi-walled carbon nanotubes, single-walled carbon nanotubes, carbon-nano coil, carbon nanofibers, and mesoporous carbon have been studied precisely for their use as catalysts support for platinum in oxygen reduction reactions. In all these carbon-based nanostructures, the defects on the support enhance the catalytic activity. A single-walled polymer electrolyte membrane fuel cell has been able to process platinum reduction with a desirable outcome using an optimized quantity by SWNT–COOH functionality. Modified carbon nanomaterials such as N-, S-, B- and P-doped panel structures have been studied because of their catalytic support and metal-free nature. There are many other classes of nanomaterials applied in the development of fuel cells namely nanocarbon-supported electrocatalysts, nonprecious metals and metal-free catalysts, nanocomposite membranes and nanostructured catalyst layers.

Nanotechnology has had a lot of contribution to promote substance behavior and characteristics through altering physical properties. Fuel cells made of nanostructured components fit perfectly in the green chemistry standards because of their long durability and larger current density as well as the low cost compared to the current commercially available fuel cells. It has been demonstrated that the performance of fuel cells could be improved through the application of nanomaterials with different sizes and morphology in the course of oxidation and reduction processes.