Holmium is a metalloid of the lanthanide group and like many other rare earth metals that we have already covered in previous posts, holmium has a characteristic bright silver color. It is a fairly soft and considerably malleable metal. It is stable in dry air and at room temperature, although it easily loses stability when making contact with humidity and very high temperatures. It is believed that as with other similar rare earth metals, holmium micron powder does not have a high degree of toxicity. Holmium can be found in different minerals, with gadolinite and monazite being the most abundant. In any case, holmium is not produced artificially. Holmium has some very important uses that we study in this article along with its properties and characteristics.

Holmium micron powder is a well malleable heavy metal and shines silvery gray. It forms two structures: α-holmium and β-holmium. Holmium forms exclusively the oxidation state III in its compounds. It is a base and highly electropositive metal, which is attacked by moist air. With water, it reacts slowly to the hydroxide, in acids it reacts under formation of hydrogen to the salts.

The Swiss physicist Jaques Louis Sorret (1827 – 1890) and the chemist Marc Abraham Delafontaine (1837 – 1911) were able to detect holmium in 1878 in the spectral analysis of the erbin. In 1879, the Swedish chemist Per Theodor Cleve discovered the element after a long and difficult process and isolated it. He gave it the name “Holmium” and the chemical symbol “Ho”. 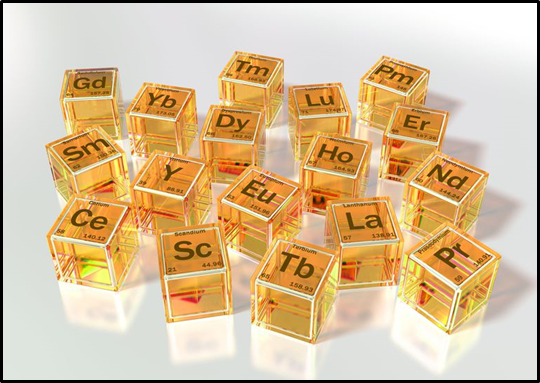 Holmium belongs to the rarer elements of the earth. Holmium is found in nature in the minerals such as monazite, gadolinite, bastnasite, and xenotime, usually together with other rare earth metals. Holmium is obtained by enrichment and digestion of ores. After digestion, the separation of the chlorides and fluorides takes place in the ion exchange process. The metal is then recovered by metal thermal reduction of the trifluoride with calcium.

What is Holmium used for?

This chemical is used mostly in the construction of screens for televisions as well as the other elements of the lanthanides, beginning its use at the time of the development of color televisions, as it is applied in the manufacturing of lamps and crystals that radiatefluorescent colored lights, and nowadays its implementation has increased because it has an important role in the elaboration of catalytic agents for glass polishing agents. Another characteristic that it shares with those of the rare earth metals, is that it is found in few proportions in nature. Holmium crystallizes in the densest sphere of metal atoms

1. Holmium for Manufacturing of Magnets

It is used in the manufacture of magnets. Due to its malleability, holmium powder is used in the manufacture of magnets and as a chemical agent or concentration for the creation of magnetic fields. Generally, holmium micron powder possesses the strongest magnetic capacity as against other elements, which makes it the major ingredient or element in the production of magnets. Ho alloys are also used to make strong magnetic pole shoes. It also finds application as an activator in the luminaires of color television screen tubes. Holmium has unusual magnetic properties that could be exploited in the future. 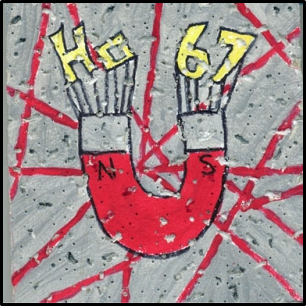 2. Holmium for Laser treatment of glaucoma and other eye defects

Generally, laser devices produce a single-colored bright light which depends on the element from which it is made. Holmium micron powder powered lasers are used in the treatment of various kinds of eye conditions such as glaucoma, and failed glaucoma surgeries. In an experiment carried out on 46 glaucoma patients, using holmium infused laser, probe insertion showed little to no interruption on the conjunctiva, leading to a 60% success of the treatment thus, demonstrating how effective Holmium is in the treatment of the disease.

This laser surgery is a kind of treatment for enlarged prostate glands. It is also referred to as Holmium laser enucleation of the prostate (HOLEP). The process involves the complete eradication or removal of the substance or tissue hindering the free flow of urine through the affected area. A different tool is then used to divide the tissue into smaller removable pieces. Unlike open prostate surgery, HOLEP does not involve incision of any kind but simply takes out the portion of the prostate glands that hinders the passage of urine. HOLEP is often viewed as the permanent solution to the problem of enlarged prostate in men, even in very severe cases. Upon removal of the affected tissue, it is preserved for further examination to be carried out on it to ascertain whether or not there are other conditions that were not detected before the procedure. It has also been discovered that HOLEP provides faster relief from the symptoms, unlike conventional surgeries.

Holmium micron powder is a major ingredient used in the production of lasers for the treatment of kidney stones in the bladder, kidneys, ureter and other related organs of the human body. Also called Holmium Laser Lithotripsy, it is a procedure employed to get rid of stones which are found around the urinary tract as mentioned above. The process is carried out by insertion of the laser fiber through the urinary tube to destroy the stones. The emission of energy from the laser equipment results in the creation of a channel route for vapor, in which radiation is transmitted. Like HOLEP, the procedure is successfully completed without the use of incisions. Based on studies, this procedure has recorded huge success and very effective notwithstanding the state, size or location of the stones, yet the above are factors that limit shockwaves.

5. Holmium is responsible for the yellow or red color in cubic zirconia and glass

The most visible element or characteristic of glass is the color. Color remains the most beautiful and insightful element of glass, and sometimes informs the usefulness of such glass, but mostly it informs its desirability. In the early times, people who specialized in the manufacture of glass-related objects could not control the choice of colors and could not even ascertain the ingredient or element responsible for the coloring in most glasses. However, through experiment, glass manufacturers were able to learn that the addition of certain elements or ingredient to a glass adds specific colors. Also, other ingredients or substances were discovered which could help remove color from glass. A Persian scientist/chemist, Abu Musa, popularly called “Geber”, discovered and recorded a number of substances used to produce glass in various colors. He discovered that metallic oxides were the main ingredients for glass coloration. As soon as the methods for glass coloration were discovered, experimentation followed. The aim of the experimentation was to determine the substances or materials that were responsible for coloring in glass. The objects that were used in the series of experiments were bottles, glass cups, and ornaments. As stated earlier, to determine the substances or materials responsible for glass coloration, metals were used as a recipe. This recipe involves the addition of powdered sulfide, oxide and other metals to the glass in its molten form. Based on the experiments, it was discovered that among other substances responsible for specific coloration in glass, holmium was responsible for the yellow and red color in glass.

In an experiment carried out to examine the use of Ho: YLF laser for dental surgeries, it was discovered that holmium lasers may be useful for dentistry. The production of the sole holmium laser equipment was hampered years back. The instrument contains a solid crystal made from the combination of yttrium aluminum garnet, chromium, holmium and thulium ions. The resulting wavelength from the instrument is 2100 (nm) and is highly solvent far more than its Nd: YAG counterpart. However, due to its soft tissue, it does not react to other pigments or blood cells. Holmium laser is often used in dental laboratories during oral surgeries and other medical uses.

7. Medical lasers are used as an alternative to the traditional mode of surgical operation

Conventional surgeries are usually very bloody and moist. However, holmium micron powder lasers are bloodless and dry helping to combat bacteria and loss of blood during the course of surgical operations. They also help to reduce unnecessary swelling and scars incurred during conventional surgeries. It also helps to reduce post-surgical pain which is caused by the accumulation of protein elements on the surface of the wound. Lasers act as a natural dressing and seals at the ends of the nerves. The photo-modulation component of the laser is responsible for the rapid wound healing of the affected area.

9. Holmium is used as coloration in cubic zirconia

CZ is the cubic form of zirconium dioxide (ZrO2) which is a hard and colorless material which can also be made into various colors. Due to its low cost and ability to stand the test of time, it remains the most sought-after material for the production of diamonds. Holmium is one of the elements used in the production of cubic zirconia.

In humans, holmium micron powder has no role to perform, but its salt triggers metabolism. Typically, humans consume up to one milligram of holmium every year. Plants, however, do not derive holmium from the soil or ground. In measuring their holmium content, it amounted to 100 different parts per trillion.

Holmium is a rare earth element and is rarely found in nature since it exists in very small quantities. Holmium is normally found only in two different types of minerals. It is a malleable, silver-white heavy metal (10th element of the group of lanthanides). It is attacked by moist air. At elevated temperature it reacts with oxygen to form the oxide, Ho2O3. Holmium almost exclusively forms compounds with the oxidation state III. There are different uses of Holmium. Holmium is one of the rare chemical elements, which can be found in equipment such as color televisions, fluorescent lamps, and crystals. The use of holmium continues to increase, due to the fact that it is useful for producing catalysts and for polishing crystals.