Europium micron powder is a chemical component with the symbol of Eu and atomic number 63. It is a silvery-white lanthanide and belongs to rare earth metals. In 1896, Eugene-Antole Demarcay discovered a suspicious element in the mixture of the elements of samarium and gadolinium, which did not belong to those elements. This created the suspicion of the existence of europium. The world reserves of europium powder are around 150,000 tonnes and the world production is about 100 tonnes per year. Europium micron powder has unique properties which make it very useful in different applications. 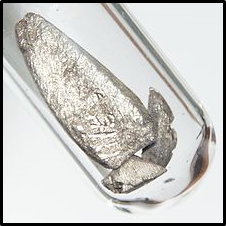 Eugene-Antole Demarcay discovered Europium in 1896. He is a French scientist. This was discovered as a result of suspicion when he noticed the presence of a mysterious component on samarium. This led to the discovery of Europium micron powder. He produced an adequate amount of pure europium in 1901. The name europium was derived from the European continent because a number of European chemists and researchers were involved in its discovery.Currently, europium is produced chiefly through ion exchange process from monazite sand ((La, Ce, Th, Y, Nd) PO4), it is a component having a rich amount of rare earth components. Europium belongs more to the calcium-strontium-barium series in comparison rare earth elements. The main mines of Europium are located in China and the USA. Europium is mainly found in 2 various kinds of minerals.

Europium has very unique and exceptional physical, chemical and thermal properties, the main ones are highlighted below:

1. Europium is a chemical component of the periodic table, the symbol of Europium is Eu and the atomic number is 63.

2. Europium is one of the rarest elements of the rare earth metal groups.

3. Due to the reactive nature of the element, it is not found as a free component in nature, but only in compounds. There are many minerals that contain low concentrations of europium micron powder, of which monazite is the prominent one.

4. Europium is silver-gray, with a hardness alike to that of lead, quite ductile and quite reactive.

5. Europium is produced from monazite sand, which is a mix of calcium phosphates, cerium thorium, and other rare earth elements.

6. Europium is used in color television tubes as an activator of phosphorescent substances, and also in nuclear reactors.

8. Europium oxidizes very quickly when it comes into contact with the open air, it can be ignited only by rubbing the blade of a knife emitting toxic gases.

10. Europium micron powder has phosphorescent properties and is used to generate images and colors on television. Europium produces a blue color. If europium is mixed with yttrium, red light is generated.

11. Europium micron powder is a ductile metal and in terms of hardness, it is similar to lead.

14. The electrical resistance of Europium micron powder is 90 μΩ/cm at 293 K.

21. The first ionization energy of Europium micron powder is 547.11 kJ/mol.

25. The Eu3+ ions are reduced with zinc amalgam to Eu2+ ions, which precipitate insoluble europium sulfate. The separation is carried out by solvent extraction and ion exchange processes. The resulting oxides, like most lanthanides, are reduced to pure metal with lanthanum.

26. Europium crystallizes under normal conditions in the body-centered lattice. At very high pressures above 34 GPa, the electron configuration within the metal changes from two to trivalent. This also allows superconductivity, which can be observed at a pressure of about 80 GPa.

27. Europium micron powder is a base metal and reacts with most non-metals.

29. Some of the europium isotopes are good neutron absorbers and are employed in the control rods of nuclear reactors.

30. Europium oxide is employed as a phosphorescence activator and yttrium and activated europium vanadate is used in color TV tubes to produce the red color.

31. In lasers, plastics doped with Europium micron powder is used.

1. Europium micron powder is one of the rare chemical elements, whose uses can be found in devices, for example, fluorescent lamps, color televisions, and glass. All rare elements have comparable characteristics. It has used in the production of LEDs, LCD screens and all kinds of lighting systems.

2. Europium micron powder is used to improve some kinds of plastics to produce lasers. As it is a good neutron absorber, it is being investigated for use in the nuclear reactors.

3. Europium oxide (Eu2O3), one of the components of europium, is commonly employed as red phosphorus in television sets and acts as an activator of yttrium-based phosphors. The luminescence of europium is extraordinary. The Eu3+ cation is one of those lanthanide cations that can emit light in the visible range in a suitable complex upon absorption of certain wavelengths. Trivalent europium cation is colorless in an aqueous solution, but when organic ligands are coordinated with an extended π-electron system, the antenna effect causes the luminescent properties of the central particle to increase sharply. The π electrons of the ligand guide the absorbed energy of the incident light (about 355 nm) to the 5d electrons of the Eu3+, causing them to enter the 4f orbital and emit light in the visible region (at about 610 nm) when they fall back, Europium oxide is whitish under normal light.

4. Europium micron powder is one of the chemical elements that constitute fluorescent compounds used in devices such as fluorescent lamps, color televisions, and crystals.

5. An important use of Europium micron powder is found in drug detection scanners and for the protection of counterfeit bills.

6. The use of europium micron powder continues to increase, due to the fact that it is useful for producing catalysts and for polishing crystals.

7. Europium is useful in the atomic industry, as it can be employed in control rods and as a nuclear poison. Poisons are components integrated into the nuclear reactor to balance the surplus reactivity at the start and are used in such a way that they are consumed at the same rate as surplus activity reduces.

8. It is also used to absorb neutrons in nuclear reactors and some of its compounds, such as yttrium vanadate and europium are used in color TV image tubes because europium micron powder produces red phosphorescence when bombarded with electrons.

9. The doping of certain types of plastics with europium micron powder allows their use as laser material.

10. The use of Europium micron powder is also found in X-rays.

12. The different isotopes of europium, for example, europium-155, and the neutron collectors are used in nuclear plants as control rods in the reactor in order to control the reaction rate.

14. Europium micron powder is used as a luminescent material in the printing of 5-euro banknotes.

15. Europium is added as an alloying element in metal baths in order to improve the properties of metals.