Copper is a chemical element having a symbol as Cu and atomic number 29. Pure copper is rather soft, malleable, and has on its surface a fresh dew peach hue. It is a ductile metal with particularly high electrical and thermal conductivity which gives it various uses. It is also used as a building material and is used in the composition of many alloys. Copper and its alloys have been used by man for thousands of years, the oldest traces of copper smelting in wind ovens having been discovered in the Iranian plateau at the archaeological site of Tepe Sialk. In ancient Rome, copper was extracted mainly from mines located on the island of Cyprus. In the powder form, Copper is even more interesting due to its improved properties which gives rise to further applications. In this article, we aim to explore Copper, its properties, and applications in a variety of sectors.

Copper powder is very small in size: 80 nanometers. The deformation is followed as a function of the force applied. To obtain such material, two techniques are used: the production of ultra-fine powder by cryogenic evaporation-condensation and extrusion differential cold. The mechanical properties obtained are exceptional: Nanocrystalline copper is three times more resistant than conventional copper, it deforms homogeneously by a constant flow from deformation to rupture. The researchers thus observed for the first time an almost perfect elastoplastic behavior. This behavior could be explained by a sliding of the grains relative to each other in a fluid flow. The behavior observed opens up very interesting perspectives for the plastic shaping of materials at room temperature.

Copper has played a most important role in the development of civilizations. Etymologically this metal takes its name from the island of Cyprus. The Romans called it “aes cyprium”, which can be translated as “Cyprus bronze”. When copper mines were exploited since antiquity in a zone extending from Ethiopia to Asia Minor, it is especially the island of Cyprus which was the object of interest (Assyrians, Phoenicians, Egyptians, Persians, Greeks, and Romans conquered it).

Copper has been known since ancient times. To be convinced, it suffices to browse through the most ancient writings: the Iliad, the Bible and of course the Chinese or Persian scrolls. Historically, it is the first metal worked by man and the Bronze Age owes its name to the discovery of this alloy of copper and tin. It is difficult to pinpoint the exact moment of the appearance of the first copper objects, and the classical division into the Stone, Bronze and Iron ages is not clearly delimited. Contrary to what one might think, it is a relatively pure copper which was originally used. It was only afterwards that we had the idea of associating tin with it to make bronze. 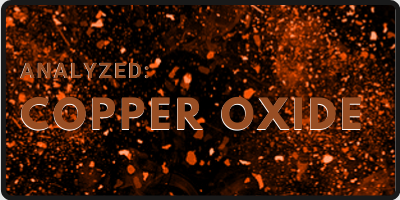 Copper objects have been discovered in Iraq, which dated back to the ninth millennium. The most important source of copper is the primary sulfur ores, which are sulfides and which account for more than 80% of world copper production. The most common of these ores are chalcopyrite, sulfide containing in the juxtaposed state, or in the solid solution state or even of compound Cu2S – FeS2 – FeS, chalcosine Cu2S and to a lesser extent bornite Cu5FeS4.

Copper is a salmon pink metallic material that darkens in the presence of air giving a reddish hue and melts at about 1083 ° C. We can highlight among all its physical properties its magnificent electrical and thermal conductivity (which is only surpassed by silver) and its high coefficient of expansion. The major properties of Copper are discussed below in detail:

Copper is the metal which conducts heat in the best way, this property is used to quickly heat or cool a liquid or a gas: water heaters or boilers, radiators, condensers and heaters for power plants, thermal power plants, nuclear power plants (approximately 200 tonnes of copper alloys per 1000 megawatts installed).

The solidity of the copper wire and the reliability of the contacts which it allows to obtain are the essential reasons for the generalized use of copper in the whole industry of electrical construction and electronic components. For example, 95% of the conductor wires of an Airbus are made of copper. If very high contact reliability is necessary, as, in a satellite, we then consider gilding, silvering or tinning: copper adapts very well to these surface coatings.

Copper in itself does not have a great ability to be machined. On the other hand, some of its alloys, and in particular brass, have excellent machinability capabilities, especially at high speeds. Copper and its alloys lend themselves very well to most surface treatments.

Copper and its alloys are not attacked by water or by a large number of chemical products: copper pipes, containers, container fittings roofs. In the marine environment, it is combined with aluminum or nickel to give it good resistance to aggression against seawater. Pumps and seawater pipes, whose flow rates sometimes reach several m3 per second (off-shore oil platforms, ships, power stations by the sea and in cupro-aluminum or cupro-nickel). The bronzes and brasses are more resistant to seawater only if the percentage of copper is greater than 70. The degradation of brass in media containing oxygen is often due to electric currents resulting from the unequal access of the oxygen to different parts of the metal surface. In boilers, for example, corrosion is then due to caustic soda which forms in water.

Due to deformation, its resistance is increased to 35-40 kg /mm2, reducing the elongation to 6-8% and the electrical conductivity. This acquired mechanical resistance can be maintained up to about 100 ° C, the temperature from which softening begins. At low temperatures, the mechanical characteristics improve, including elongation.

Its mechanical properties include its excellent ductility (Elongation = 40-45% in the annealed state) and a mechanical resistance of 20-22 kg/mm2 (in this case in the annealed state). It is an extremely ductile metal. Copper and copper alloys easily roll into sheets, hammer into very thin sheets and stretch into extremely fine wires. They are particularly suitable for hot deformation.

Jewelry gold also contains up to 15% copper. The natural color of copper is salmon pink, but it often appears red due to its surface oxidation; this color is sought after in decoration, as is the yellow color of brass, which turns out to be more or less sustained depending on the percentage of zinc contained. When used in roofing, copper first takes on a dark brown color, then a very adherent light green patina, which protects it from any subsequent oxidation.

This property has many applications, first of all in watchmaking, but also in electrical and electronic construction, and in armaments.

The citric acid dissolves copper oxide, so it is applied to clean copper surfaces, polishing the metal and forming copper citrate. If after cleaning the copper with citric acid, the same cloth is used again to clean lead surfaces, the lead will be bathed in an outer layer of copper citrate and lead citrate with a reddish black color.

Copper is part of the world around us. It is in our homes and in the places where we work or study, in the means we use to transport ourselves, in sophisticated and artisanal devices, in computers and industries, in small ornaments and large statues. Let’s discuss a few of its applications:

e)Musical instruments, especially those made in bronze.

g)Structure of large statues such as the Statue of Liberty.

i)In the naval industry combined with nickel as corrosion-resistant material.

Thus, Copper is of huge importance in our life. It has a plethora of applications due to its outstanding properties such as thermal and electrical conductivity. In the powder form, Copper is even more useful. In the future, the use of copper powder is compatible with the emergence of new technologies that will require an element with properties that make it reliable and efficient.