Carbon nanofibers (CNF) are noncontinuous, sp2-based linear filaments. In this article, a review is provided on carbon nanofiber’s growth, properties, and practical applications. CNFs can be synthesized majorly via catalytic chemical vapor deposition (CVD). Carbon nanofibers show flexibility, super strength, and high specific area because of their nanosized diameter, which enables them to be applied in energy storage devices’ electrode materials, bone tissue scaffold, filler in carbon-fiber-reinforced plastics, and so many other applications. Due to CNFs remarkable physicochemical properties, low cost, and small dimensions, CNFs are beneficial in useful applications extending from multifunctional composites, additives, or anode electrodes for batteries of lithium-ion, and for metal particles the materials that are supporting. CNFs are used in scanning probe microscopy (SPM), in field electron emission sources, in implafection, and so much more. As we mentioned, CNFs are suitable and appropriate for different applications in various areas.

After metal, the most famous material is Carbon. They adhere to each other by forming a group, and by doing that, a really light and strong composite material is composed of fibers. Various stable molecules can be formed due to the high level of Carbon’s chemical bonding flexibility. All allotropes of Carbon have elemental Carbon but very different properties. CNFs are famous for their enhancements in electrical, thermal, mechanical properties, and electromagnetic shielding.Carbon is cheap, which makes it famous additive to materials of composites.They are really small. Techniques likeAtomic Force Microscopy and Scanning tunneling Microscopy are needed for examining CNFs properties. CNFs are nanostructures in a cylindrical shape with layers of graphene organized as cups, plates, or stacked cones.

In 1879, Thomas used bamboo and cotton as a light bulb’s filament, carbonized them to prepare Carbon fiber, since then, they have been upgraded and developed remarkably. Carbon nanofibers are implemented in various fields as a promising material, for instance, storage of energy and its conversion, devices that are self-sensing, and composites reinforcement. Linear filaments that are based on sp2 bonds are CNFs with 100 nm diameter and are described by aspect ratio (100) and their flexibility. Fiber Materials are of great importance, both scientifically and practically. CNF can be used for aerospace and vehicles in fabricating tough composites because of CNF’s flexibility, high mechanical strength, and high specific area. Except for the diameter, the CNF structure is very different from traditional carbon fibers.

CNF is very appropriate and capable of making advanced capacitors, and packaging semiconductor applications due to CNFs excellent characteristics joined with the remarkably low-temperature deterministic process of growth. Effective surface area is highly enhanced when CNFs are grown on the surface of metals because of their metallic nature. They consist of truncated conical, planar layers, and regularly stacked along the length of the filament. They are beneficial in reinforcing fillers in composites of polymer, in photochemical cells as photocurrent generators, catalyst’s supporting materials, and in plastics that are reinforced by carbon-fiber as hybrid-type fillers, all because of their remarkable structure which is chemically active and has the behavior of a semiconductor. CNF also functions as a material of the electrode. They have also uses in biomedical applications.

A well-known method is electrospinning polyacrylonitrile (PAN) followed by stabilization, and then carbonization, this is the convenient method to make continuous carbon nanofibers which exhibits noticeably different and remarkable properties that make them applicable for different applications.

CNFs of high purity in bulk production capacities were achieved at cheap cost via the process of chemical vapor deposition.With variants like plasma-assisted and thermal, the dominant technique commercially is CCVD or simply CVD. At high temperature, decomposition of gas molecules occurs, and deposition of Carbon occurs on a substrate in transition metal catalyst’s presence. The process of CVD falls into two categories, 1) floating-catalyst process (continuous), and 2) fixed-catalyst process (batch) 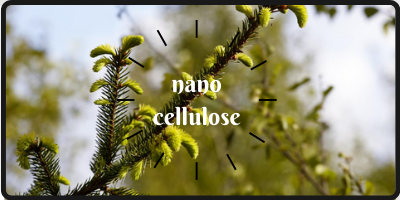 Carbon nanofibers are fibrous, long layers of Carbon of a platelet type and single layers aligned perpendicularly and nested at an angle inside one another. The used catalyst determines the arrangement. The class of CNF’s is 1-D carbonaceous materials. CNFs are excellent in the storage of both lithium and sodium. For electrodes of non-carbon, CNFs act as porous substrates and electron-conducting, thus improving their ionic and electronic conductivity stabilizing the structure of electrodes during cycling, resulting in enhancement of the electrochemical performance of non-carbon cathode and anode materials. An individual CNF can grow as long as few microns, arranged vertically at a specific position standing alone. By implementing the low electric field on such CNFs, they can be easily bent, but after switching off the field, even the 900 bends can come back to the original position.

CNFs have a surface of the rough structure, with many edges and corners, which makes CNF a perfect material for processes of fast desorption/adsorption. If intermediate layers of metal are applied in between the layers of graphene, then an enhancement is shown by the material in CNF’s binding to matrices of metallic and ceramic. For designing the appropriate mechanical properties, other materials are joined with these fibers. In order to gain carbon fibers’ high performance, controlling the nanostructure and microstructure by choosing suitable organic precursors and appropriate conditions of processing is very important. Various remarkable possibilities arise in CNFs use in catalytic processes because of the catalytic activity combination with their remarkable thermal and electrical conductivity.

CNFs are used in scanning probe microscopy (SPM), in field electron emission sources, in implafection, and so much more. As we mentioned, CNFs are suitable and appropriate for different applications in various areas.

For delivering therapeutic drugs, carbon nanofibers can be used. An elastic material embedded with CNFs that is like a needle has been developed. CNFs are used as balloons and are inserted next to the diseased tissue, then inflated, thus enabling CNFs to deliver drugs by penetrating the diseased cells.

Effective surface area increases when CNFs grow on the surface of metal because of their metallic nature. Thus, Carbon nanofiber also has applications as a material of an electrode for supercapacitors and decoupling capacitors. Supercapacitors have a 100 times larger lifetime than batteries of lithium; they have high power density; they are electrochemical capacitors. Electrodes material’ effective area determines their performance. Carbon nanofiber’s flexible sheets are considered for supercapacitors as electrode materials due to their high electrochemical and mechanical stability, and pores that are interconnected very well.

As a Field electron emission source

Induced by an electrostatic field, field electron emission is the emission of electrons. Most commonly, field emission into a vacuum from a solid surface. Although, field emission can occur from liquid or solid surfaces into air, vacuum, a fluid, or any weakly or non-conducting dielectric. Electron’s field-induced promotion to the semiconductors’ band of conduction from the valence (the Zener effect) is another form of field emission.

Carbon-carbon-composite material can be manufactured by a process which includes the steps of treating a carbonaceous carrier material with a catalyst material that contains metal. Carbon structures of nanosize can be formed by this metal, and carbon structures of nanosize keep growing. This process allows surface chemistry, hydro-dynamical properties, and optimizing porosity independently from each other, which is specifically of significance in the use of the composite for purification of water. For applications as a filler, composites that are based on black Carbon are very useful.

Delivering genes via nanomaterials like carbon nanofibres is known as Impalefection. Nanostructures that are needle-like are produced perpendicular to the substrate’s surface. Plasmid DNA having the gene is made for intracellular delivery, by attaching itself to the surface of nanostructure. Against tissue or cells, a chip is pressed with these needles’ arrays, making cells impale. Delivered gene(s) can be expressed by Impaled Cells.

3D solid objects are made with the help of computers. Now, there are two methods of carbon nanofiber printing: continuous carbon nanofibers reinforcement, and thermoplastic filled with chopped carbon nanofiber. CNF is used in both methods. Still, there is a huge difference between them. Even though for prototype’s production, the good option is chopped CNF, but as the parts of metal need higher strength, that’s why for their production, continuous CNF is the most used method. Chopped CNF consists of little pieces that are adhered together, while in continuous CNF, a continuous connection is formed.

By testing the differences of electrical properties that have come out as a result of altered external conditions, which also include stress or strain and the gas environment, we can normally do the self-sensing function of CNF compositions. If the external conditions are reversed, they can also reverse the electrical conductivity of the CNF composites due to the reversible change of quite a few orders of its magnitude. The very high electrical conductivity of this same composite upon stretching is also capable of reversing the high orders of its magnitude. CNF has been assembled as a gas sensor. According to this study, five orders of magnitude change of the electrical conductivity can be easily used to detect the vapor. CNF toxic gas sensor had as well been forged to recognize the irritant gas, such as NH3 and HCl, through a one-step vapor deposition polymerization method. Along with that, from the strain/stress or gas sensing, the temperature, humidity, magnetic field, and light are all such important elements that are required to be sensed in many applications.

For batteries to show high performance and for supercapacitors, the main requirement is electrode materials that are highly porous, and are capable of containing enough electrolytes and satisfy the long-term and fast ion transport. The porous CNF has magnified surface areas. CNF axis’ direction is vertical to the nanosheets of graphene, which is capable of controlling the lithium ion’s diffusive orientation. Their structure overcomes the shortcoming of polysulfides random diffusion in the organic electrolyte without any sacrifice. Sensors are being made with the use of Nanofibers when chemical vapors are absorbed by the sensors; they change color. For lithium-ion batteries that are rechargeable, they were used as anodes.

Carbon nanofibers (CNF) are non-continuous, sp2-based linear filaments. Due to CNFs remarkable physicochemical properties, low cost, small dimensions, and nanosized diameter, which allows them to be used in electrode materials of energy storage devices and supercapacitors, filler in carbon-fiber-reinforced plastics, bone tissue scaffold, multifunctional composites, additives for batteries of lithium-ion, for metal particles the materials that are supporting, in scanning probe microscopy (SPM), in field electron emission sources, in implafection, and so much more.

What is a Nanotube?

To give you and idea, a nanometer is roughly 1 billionth of a meter. In todays world of budget deficits of billions and trillions those words are sometimes said so often they lose their effectiveness. I decided to research how long it would take you to count to 1 billion with each number taking 1 second to count. Counting non-stop, with that 1 second/number rule it would take you 31 years, 251 days, 7 hours, 46 minutes, and 39 seconds to count to 1 billion. If you have some spare time you might want to try this:)

In all seriousness, you can now understand the size values involved in the nanotubes and hopefully it gives you some perspective.