Barium fluoride sputtering targets are thin films with applications in semiconductors, physical vapor deposition and chemical vapor deposition. Using the sputtering technique, ultrapure barium fluoride thin films are deposited on the surface of solid substrates to protect them against the damage caused by high-energy radiations like gamma and X-ray.

A naturally occurring inorganic compound, barium fluoride (BaF2) is a white cubic crystal with the melting and boiling points of 1368˚C and 2260˚C, respectively. It is considered a hard material but sensitive to thermal shocks as it suffers fractures quite easily. Barium fluoride is insoluble in water and aqueous solutions and at temperatures above 500˚C, moisture can corrode it. However, in the absence moisture and dry environments, barium fluoride is available at even 800˚C. It should be noted that the permanent and long exposure to moisture decomposes transmitting in the vacuum and wavelengths in the ultraviolet region. Compared to calcium fluoride, barium fluoride isn’t resistant to water but highly resistant to high-energy radiation among all the fluoride family. In the gas phase, barium fluoride has a non-linear orientation which is due to the d orbitals contribution in the orbit below the valence shell.

In the electromagnetic regions ranging from ultraviolet to infrared, BaF2 is transparent and a result, it is employed in specific windows for infrared spectroscopy to analyze fuel oil. In shorter wavelengths of 200nm, barium fluoride has relativity low transmittance, whereas in longer wavelengths (500nm) its transmittance increases by nearly 0.4. With regard to its structure, barium fluoride is used to detect gamma-ray, X-ray and those with shorter wavelength (high energy) radiations because of its practically fast oscillation when hit by them. As a common application of that, barium fluoride is employed in detecting alpha and beta particles as well as photons of gamma in positron emission tomography with no emission of UV light. Barium fluoride is also used to detect neutrons based on the pulse shape discrimination techniques through separating them from the gamma photons that occur simultaneously. Barium fluoride crystals demonstrate ultra-high quality with applications in generating low phase noise microwave manufacturing lasers that are ultra-narrow 1.

Barium fluoride crystals are used to make electromagnetic calorimeter taking the advantage of radiation resistance crystals and the result of studies show that barium fluoride suffers no damage by radiation. However, in the case of any damage by permanent exposure to high-energy radiation, barium fluoride can recover through annealing at 500˚C for three hours 2. Barium fluoride has many applications in high stopping power, high-power CO2 laser and low index optical coating. Moreover, barium fluoride is employed as antireflection thin-film layer for NaCl and KCl optical devices in addition to its uses in flux and pre-opacifying material, in aluminum affination molten bath component and welding rod coatings. 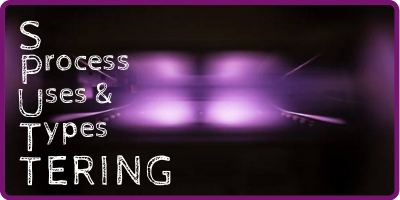 Sputtering, a technique in physics and a naturally occurring phenomenon in space, takes place when the surface of a solid material is bombarded by high-energy particles a gas or plasma with the subsequent ejection of microscopic particles. The sputtering techniques are widely used to create an extremely fine layer of a particular metal on a substrate, conduct analytical experiments, perform etching at practically precise level, manufacture thin films of semiconductors, optical devices coatings and nanoscience. Technically, when incident ions with higher energy collide with target atoms on the surface of solids, they exchange momentum triggering collision cascades in the adjacent particles. The collision cascades with energy greater than that of the surface target binding energy, an atom is ejected from the surface. This ejection of an atom is called sputtering. The high energy incidents ions are created by particle accelerator, radio frequency magnetron, plasma, ion sources, alpha radiation from radioactive materials and solar wind from space. Among the sources mentioned above, the radio frequency magnetron is used a lot to deposit two-dimensional materials in glass substrates. This is used to study the effect on thin films with an application in solar cells 3. Two-dimensional molybdenum ditelluride (MoTe2), which shows polymeric behavior, also has applications as high-performance transistors, semiconductors in phase-change memory and spintronic devices 4.

Barium fluoride with its cubic lattice structure is a material with a wide band gap insulating properties. BaF2 thin films are sputtered on aluminum, silicon and glass solid substrates using electron beam evaporation (EBE) technique in vacuum (6 to 10 mbar) and at room temperature. The thickness of the barium fluoride deposited thin layer on the substrates mentioned above is nearly 20nm with a deposition rate of 0.4 to 0.5 nm per second. In the sputtering process, all substrates are precisely cleaned before depositing the BaF2. A quartz crystal is applied to monitor the thickness. After the deposition, the surface structure is characterized by Glancing Angle X-ray Diffraction (GAXRD) diffractometer. Atomic force microscopy is used to study the morphology of the thin film. According to the characterization data by XRD peaks, the crystallites size on silicon substrate appears to be remarkably smaller than aluminum and glass substrates. The thin film prepared in this way has numerous physical and chemical specifications so qualified enough to be applied in manufacturing high-tech microprocessors, solar cell, photovoltaic cells, supercapacitors, memories, etc. Sputtering BaF2 on the solid substrates affects the mechanical, magnetic, optical and electrical properties of the devices it is left on 5. 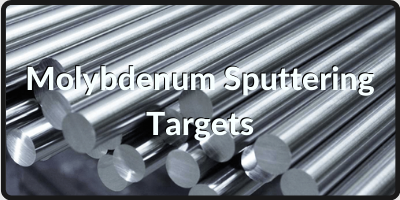 Barium fluoride sputtering on substrates improves the quality of devices. It provides adequate resistance against dangerous high-energy radiation and a potential for coating devices to be applied in space and space exploration technologies. The sputtering techniques makes it possible to deposit ultrapure BaF2 thin layers of around 20nm. The advantage of BaF2 is it can be annealed and reused if the exposure to high-energy radiation is permanent.