Today we dive into the world of nanotechnology, and how 3D printing is contributing to the development of nanotechnology. Nanotechnology is the technology that allows us to make things on the nanometer scale. A nanometer is a billionth of a meter (that’s nothing). To give us an idea, in a nanometer there can be between 3 and five atoms. The nanometer is the limit measure of reduction that we can reach in terms of material objects. Due to its simplicity, the technology is understandable even to children, and its capabilities are applicable in mechanical engineering, medicine, design, prototyping, and many other fields. This article aims to discuss a few of the applications of 3D Printers in Nanotechnology and its potential for future applications.

The industrial revolution of the 19th century allowed the development of mass production of standardized objects. At the same time, some factories specialized in the manufacture of very high-quality craft products, paving the way for luxury giants like Hermès, Louis Vuitton, Prada, and others. 200 years later, we are witnessing a new revolution in the form of 3D technologies.

3D printing consists of stacking layers of chemical compounds under the control of computer design software. Unlike traditional methods, it does not require tools or molds and therefore makes it easy to create complex structures: either overlays of plastic filaments or engravings on metal or plastic powder. The technology was originally limited to plastics but is now being extended to polymers and metals. This type of manufacturing is brought to democratize.

As a general rule, when we think about all the electronic functions that we have at hand thanks to our mobile phones, we do not usually realize that all of this exists thanks to nanotechnology.

The demand in recent years for smaller and smaller devices has grown exponentially, for applications such as mini motors, microsatellites, medical micro-implants, and methods for non-invasive surgery, microbots, etc. The list is very long and each item is equal to or more interesting than the previous one.

For the development of these technological advances, and even more, considering this trend towards progressive miniaturization, 3D printing is proving to be a very powerful tool.

The reason is the development of different methods with 3D printing that are allowing to work on scales reduced to nano dimensions to allow such important applications as bionics, microelectronics, microchip printing, microfluidic devices, scaffolding for engineering tissues, or devices for drug delivery.

All of them have already become essential and we are using them every day and each day surprises us with new contributions.

Nanotechnology has long been in the box of “things of the future” but, now, it is in almost everything we use, as is the case with nanofabrication on a commercial level. The ability of 3D printing for nanoscale photonic welding has led, for example, to a great transformation of computers, allowing bottlenecks in data centers to be avoided.

For scientists to easily access this technology, which handles such extremely small scales, it has been necessary to create specific software such as the Nano write, Nanoslicer or the DeScribe, similar to those used with any desktop printer but allowing any professional to set up a “Nanolaboratory” relatively easily. 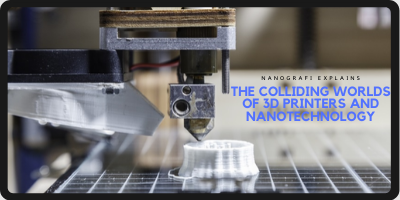 3D Printing has a plethora of applications in nanotechnology. One of the latest applications is gold jewelry, creating software allowing carving complex shapes in a few hours in precious metal.

Let’s discuss a few of its applications.

Car bodies that repair themselves, spare parts more efficient than carbon fiber, lighter engines, fabrics that clean themselves and remove odors, shirts including optical sensors and screens… Such are the prospects in luxury and the industry in general, even if the work of the hand will remain synonymous with high quality.

These technologies will bring about large-scale improvements in production processes, facilitate personalization, reduce costs, and solve storage and logistics problems… And if they create risks of counterfeiting, they also have the means to correct them. 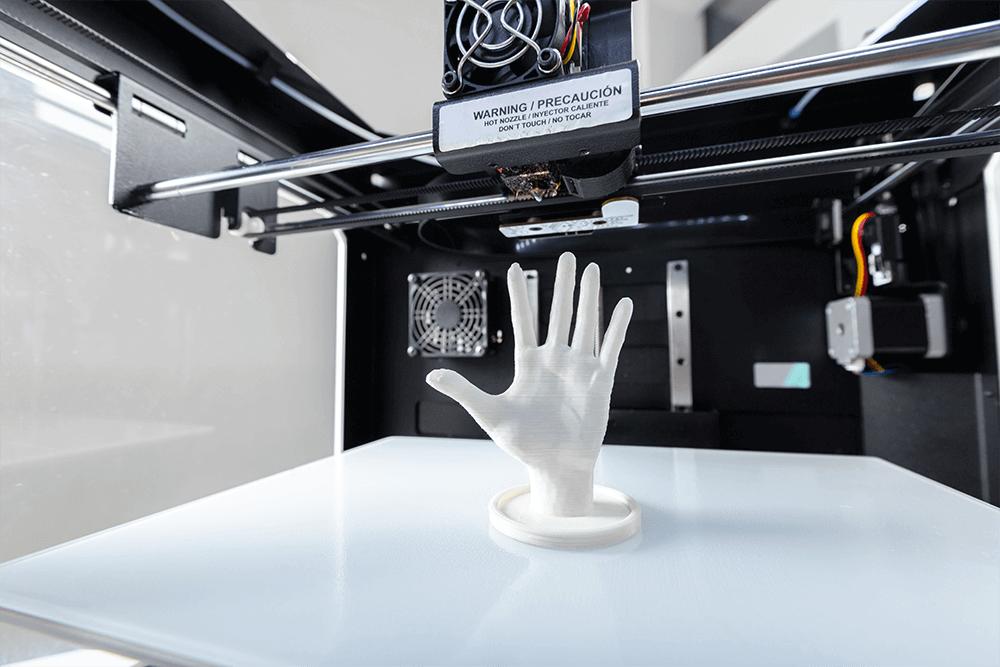 Let’s discuss a few of its applications in detail:

Smallest Diode in the World

A field of application of 3D printing that has many margins for improvement is that of nanotechnology: in fact, there are many projects related to the use of additive manufacturing for the creation of mico-components capable of providing high performance. One of these is research carried out by the team of engineers from the University of Maryland (UMD), who managed to develop the smallest diode in the world.

It is a basic element for the operation of a fluid circuit and has been created through the use of an innovative 3D nano-printing technique. The diode measures only a tenth of the width of a human hair and could be used in implantable devices to release drugs into the body in a controlled way.

The new technique, based on a direct in situ laser writing process (inDLW), uses a process called sol-gel to adhere to the diode to the walls of a 3D printed microscale channel with a polymeric material. This process allows obtaining a “fully sealed microfluidic diode”, faster to produce and significantly cheaper than an equivalent part made with a traditional approach. Also, the 3D printed diode has been further improved by remodeling the walls of the micro-channel to increase tapering outwards, thus ensuring greater resistance – essential to protect the circuit from contamination and to ensure that the fluid in the device is released only when it is expected.

Scientists around the world have long been exploring 3D nano-printing processes to create tiny state-of-the-art medical devices, but until now the technology has proven somewhat limited in terms of costs and resources used. Now, however, thanks to this new method, new and unexpected horizons are opening up.

The Nanoscribe company has long been able to apply stereolithography (one of the additive manufacturing techniques) to the nanoscopic world. We are talking about resolutions less than 100 microns and with very high quality. This system was called the GT Professional Photonic System and is now commercially available, offering not only unimaginable print resolution but also high speed.

Thanks to a laser-based polymer printing system (managed using a mobile mirror system) it is possible to print highly complex figures in nanometer-scale sizes with high final quality in seconds.

The latest advances in this field come from the hands of researchers from the Federal Polytechnic School of Lausanne (EPLF), who have managed to 3D-print sensors at the nanometer scale, thus improving atomic microscopes. These sensors greatly improve the sensitivity and detection speed of microscopes. The sensor needs to detect movements smaller than an atom, this is why special techniques are needed.

On a substrate, a precursor gas containing platinum atoms (with a very high conductivity) and carbon atoms is distributed in a vacuum. Then an electron beam is applied, and then the platinum atoms come together to form nanoparticles, and the carbon atoms naturally generate a matrix that surrounds them.

By repeating this process, one can build sensors of any thickness or required shape. This new technique can have wide applications, ranging from biosensors, sensors for the ABS of cars to touching sensors on flexible membranes such as prosthetics or artificial skin. The possibilities are enormous.

Thus, the prospects for 3D printing in Nanotechnology are inexhaustible, and in the future, perhaps these technologies will make a breakthrough that will change our lives. 3D printing is gradually ceasing to be just a process of creating objects; it is to some extent a way of thinking when a solution to a problem is built initially in three-dimensional space. In the future, this technology will become widespread; it may include properties of resistance to fire, cold, bacteria, etc. NASA already uses it for its combinations of astronauts that are made lighter, more robust, and more flexible.