Samarium is a silvery-white metal that has a characteristic glow, it is stable when exposed to air. In the atmosphere, it is relatively ductile, malleable and soft. It forms part of the external transition metals and belongs to the group of lanthanides. It was discovered in 1879 by the French chemist Paul-Emile Lecoq de Boisbaudran who isolated the metal from the mineral Samarsquita, after having been observed through for spectroscopy by Swiss chemical Marignac in didymium. It was named after the Russian colonel Samarsk. There are 21 isotopes of the element, which are known, where 17 are radioactive and only 4 isotopes which are 144 Sm, 150 Sm, 152 Sm, and 154 Sm, are stable. Samarium has a lot of important uses. It is used in nuclear reactors for neutron absorption, in the production of glass as an infrared absorber and some compounds in the dehydration and dehydrogenation of ethyl alcohol, among other things. This article aims to discuss the history, properties, and applications of Samarium.

In 1853, the Swiss chemist Jean Charles Galissard de Marignac demonstrated samarium using a sharp absorption line in the didymium oxide. It was not until 26 years later that the French chemist Paul-Émile Lecoq de Boisbaudran was able to isolate the element spectrally analytically in a product made from the radioactive mineral samarskite in 1879. That is why the element is called Samarium today. Regardless of this, the Swiss chemist Marc Delafontaine (1838-1911) probably discovered the element a year earlier, calling it Deciptum. In 1903, the German chemist Wilhelm Muthmann (1861-1913) was the first to produce pure metallic samarium by electrolysis.

The samarium was considered around the 19th century as one of the “rare earth”, a set of elements that baffled the chemists of the time. The history of these began in 1803 with the discovery of cerium, which was followed by the discovery of lanthanum and didymium, which would turn out to be a mixture of two unknown elements: praseodymium and neodymium. However, this would not be known until forty years later. In 1879, the French chemist Paul-Émile Lecoq de Boisbaudran extracted a sample of the so-called Didymium from a samarskite stone. Having didymium nitrate, he added it to a container with ammonium hydroxide, observing that the precipitate was made up of two stages. When analyzing the first with his spectrometer, he confirmed that it was a new element, the samarium.

Samarium is a silvery-white shiny, rather hard metal. It has the symbol Sm, its atomic number is 62 and it has an atomic mass of 150.35 g/mol. The element is reasonably stable in air. It starts up quickly but is more stable than neodymium or cerium. It reacts with air to form samarium oxide [Sm2O3]. In the finely divided state, the metal is much more reactive and pyrophoric due to the greatly enlarged surface. Metallic shiny samarium can ignite at temperatures above 150 °C. With hot water and with dilute mineral acids, it reacts violently with the formation of hydrogen and samarium hydroxide.

As with all lanthanides, the most stable oxidation level is +3. Samarium exists in three different modifications. The transition points are 734 °C and 922 °C. Sm3+ cations turn aqueous yellowish solutions. There are four stable and 19 radioactive, unstable isotopes.

Samarium does not occur in nature in its elemental form but is commonly found in monazite and bastnazite in the form of mineral samasrkite from which it was isolated and is obtained industrially.

Currently, the metal is obtained through solvent extraction, ion exchange columns, electrodeposition in lithium citrate solution and by reduction with lanthanum oxide. Samarium was obtained in its purest form recently because it is expensive to obtain.

Samarium can be found along with other lanthanides in different minerals, mainly in the monazite and the quarantine. Of these, it can be separated by solvent extraction or by ion exchange. Currently, it is also extracted by electrochemical deposition of minerals with other lanthanides. Thus, a mercury electrode and a citrate electrolyte are used. Samarium can also be obtained by reducing samarium oxide with barium. Its three largest producers are China, Russia, and Malaysia. This element has an abundance of 0.3 ppm in the earth’s crust, with its largest reserves in China, the Commonwealth of the Independent States and the United States.

Click Image to Learn About Another Rare Earth Element

Samarium is most commonly found in the minerals monazite, bastnäsite, and samarskite. These ores are enriched and then split up. After the lanthanoids have been separated, the samarium oxide obtained is separated by ion exchange, solvent extraction or electrochemical deposition. In a final step, the high-purity samarium oxide is reduced to metal with metallic lanthanum.

Samarium is a moderately reactive metal since it is necessary to increase its temperature to observe the reactions of the metal. When the element reaches a temperature of 150°C, it reacts vigorously with oxygen from the air forming samarium oxide SmO2 and/or SmO3, reacts with strong concentrated or dilute acids such as HNO3 and HCl mainly, forming salts and hydrogen, however, samarium sulfides have better stability at room temperature and temperatures around 1100°C, which shows excellent thermal efficiency.

In addition to salts, samarium forms nitrides, hydrides, and some other less common compounds. No reaction of the samarium with alkaline solutions at room temperature was observed, probably because the metal needs heating to form hydroxides. Little is known about the samarium’s properties, still less about its biological function and toxicity, which demands careful handling.

The Samarium metal has many important applications, but quite similar to the rest of rare earth such as:

1.Samarium is used in conjunction with other rare earth for carbon arc lamps for film screenings. The metal is used in alloys with cobalt for the production of permanent magnets. These samarium-cobalt magnets are used, for example, in pacemakers, quartz watches, headphones or in hard disk drives.

2.Samarium is used to make samarium-cobalt magnets, which are more potent than magnets made of iron. This is because it remains magnetic even at very high temperatures, which is why they are useful for microwaves and other devices. These magnets made it possible to miniaturize several electronic devices, such as personal sound equipment and headphones. Samarium alloy with cobalt is a powerful magnet, providing high magnetic performance and difficult demagnetization, representing about 2% of the Misch metal alloy, used in the manufacture of lighter stone.

3.Although samarium is a rare element, we can find it in domestic equipment such as color televisions, crystals, and fluorescent lamps, as well as the other elements belonging to the group of lanthanides and actinides.

4.Because of the large cross-section for thermal and epithermal neutrons, samarium is used as a neutron absorber in nuclear technology. Samarium is also used for doping calcium fluoride single crystals in laser technology. Other applications include the production of optical glass for the absorption of infrared light, the sensitization of phosphorus and catalysts for the production of ethanol.

5.Samarium is used in optical laser crystals, in infrared-absorbing glasses and as a neutron absorber within nuclear reactors. Like other lanthanides, it is used in carbon arc lighting for projection and studio lighting.

6.Samarium oxide is used in the manufacture of glasses capable of absorbing infrared light, in the doping of calcium fluoride crystals for the production of optical and common lasers.

7.Together with other rare earth and carbon, it forms alloys used in the cinematographic equipment industry, to manufacture the carbon arc.

8.In nature, seven isotopes of samarium can be found, which are radioactive and can emit alpha particles. One of these isotopes has a large area that allows the capture of neutrons. This condition makes it attractive to the atomic industry where it is used as a control bar and nuclear poisonings.

9.It is used as a catalyst in the dehydrogenation and dehydration of ethanol in organic syntheses.

11.Again, similar to other lanthanide elements, samarium is widely used in the film industry, especially in lighting. The SmCo5, a compound that mixes samarium and cobalt, forms a magnet of great power, in fact, these magnets have the highest resistance to demagnetization known in the world.

Samarium and also samarium (III) oxide have only a low toxic potential. The release and inhalation of fine powders should still be avoided. Due to the chemically elementary similarity, the effect on humans is very similar for all lanthanides and their compounds. The finely divided metal, the oxides and the hydroxides irritate the eyes and mucous membranes and respiratory tract. 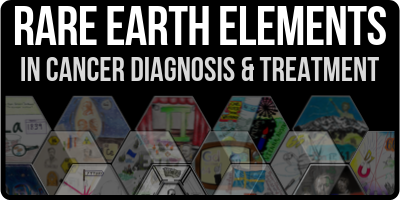 It represents a danger in the workplace due to the risk of inhalation of gases scattered in the air and can cause pulmonary emboli or become a threat to the liver if it accumulates in the human body.

Its discharge into the environment is possible as a result of the activity of the oil industry, by depositing color televisions, fluorescent lamps or any domestic equipment in sanitary landfills. This causes samarium to accumulate in the soil and go to water courses and cause damage to the cell membranes of aquatic animals.

In conclusion, Samarium is a soft metal. The chemical element samarium was discovered by Jean Charles Galissard de Marignac in 1853 and first isolated by Paul Emile Lecoq de Boisbaudran in 1879. Samarium belongs to the group of actinides and lanthanides. Its characteristic color is bright silver and is considered a stable element in contact with air. It is a metallic chemical element which has three crystalline modifications. In the presence of temperatures of 150 °C, this element ignites in contact with air. The color of samarium oxide is pale yellow, it is soluble in most acids, giving rise to topaz yellow salts in solution. This chemical element is used in the industry of manufacturing ceramics, infrared-absorbing glass and as a catalyst in some organic reactions. In combination with cobalt, samarium forms a powerful magnet with a powerful resistance to demagnetization, superior to other known materials.