Indium Tin Oxide is a mixture of indium and tin. The typical composition by weight is 90% In2O3 and 10% SnO2. It is, therefore, indium oxide where a small fraction of indium atoms is replaced by tin atoms: we can say that it is indium oxide doped with tin. We will discuss all about it in this article.

Metals are of great importance in all areas of society, among them, Indium and Tin also stand out. Indium Tin Oxide has huge significance due to its unique properties which open the door for unlimited applications.

Let’s first find out about Indium and Tin individually:

The indium is an element of the periodic table. Its atomic number is 49 and its chemical symbol is In and its atomic weight is 114.82. It is relatively little abundant in the earth’s crust: approximately 0.000016% of the total materials in it correspond to this metal, which is equivalent to that for every kilogram of crust there are 0.25 milligrams of indium. Moreover, there are no known deposits where it exists in elemental form or in great concentration in any of its compounds; rather it is spread among other minerals. Therefore, the Indium obtained from the subsoil is a byproduct of the extraction of lead and zinc. Although in our times, the mining production of indium is lower in volume as compared to recycling products that contain it.

The Indium is so soft that it can be scratched with the nail. In its pure state, it is a soft and malleable material, silver in appearance; its density at 20 °C is 7.31 g/cm3. It even leaves a trace when rubbed on paper, as if it were a pencil. Its hardness is of value 1.2 on the Moh’s scale. In this gradation, the talc is assigned 0, while the diamond corresponds to 10; the wax has a hardness of 0.2, while 2.5 is the value for the material that forms our nails.

Indium is a metal that conducts electricity better than iron. Its electrical conductivity is of the order of 18% of the value corresponding to silver. Its boiling point is 2072 ° C and its melting point is 156.5985 °C. This value serves as one of the 14 calibration points of the international temperature scale (ITS-90). Also, due to its relatively accessible melting point, this material serves as a reference in the calibration of differential scanning calorimetry instruments.

Since an atom of indium has 49 electrons, its electronic configuration ends at level 5: 5s2 5p1. For this arrangement of electrons, its oxidation state is generally +3, although less often it usually has a +1 state. In the first state, it can form compounds with halogens such as InCl3, with oxygen (In2O3) and with sulfur (In2S3); the last two molecules only form at high temperatures. In the +1 state, it can form compounds such as InCl, InBr or In2O.

Now let’s find out about Tin:

Tin is known since ancient times and it was used mainly for the manufacture of weapons in times of war. Tin is a relatively rare element since it is not found in abundance on the planet. Its uses began around 3500 BC in the city of Ur, located in southern Mesopotamia, now known as Iraq. It began to be used in alloys with copper since when mixing copper and tin, they noticed a new metal they called bronze. This new material was resistant to corrosion due to the properties that tin grants to copper. During the development of this new material, an intense trade arose over long distances to obtain tin. The bronze turned out to be more efficient than the materials used at the time, Like rocks and bone. Today it is used to coat metals applied to food lateries, soft welding, label production, fungicides, pigments, dyes, among other applications.

Tin can be obtained from the mineral cassiterite or tin IV, being the most common mineral phase. It is obtained by reduction with coal. On the other hand, tin has taken great relevance when presented as a metal oxide, such as tin oxide (tin IV), because when mixed with the oxygen molecule, it can be used in applications such as chargers for lithium batteries, solar cells, optoelectronic devices, gas sensors, among others, where it encompasses electronic, optical and catalytic applications.

The SnO2 has a prohibited band of 3.6 eV and electronic mobility of 100 to 200 cm2 V-1 s-1. These values help us understand the ability of the material to apply in optoelectronics. It is considered an interesting material compared to other metal oxides due to its excellent stability, low cost, and its various applications.

Indium Tin Oxide Nanoparticles are of even greater importance in their nano size. It has a high transmittance, that is, it lets a high amount of energy pass to a medium. In addition to being transparent, it also has a low electrical resistivity, so it easily allows the movement of electric charge. All this occurs between visible and infrared radiation.

It is a highly degenerate n-type semiconductor (electrical conduction takes place by electrons). This material is weakly electronic conductor but remains transparent to visible light provided that it is in the form of a thin layer. This oxide is a better conductor of electricity than other transparent oxides like ZnO etc. The increase in electrical conductivity by doping leads to an increase in the absorption of light and the ITO layer turns yellow.

Indium Tin Oxide films on glass plates are obtained by different deposition techniques and generally by spraying (PVD for example). 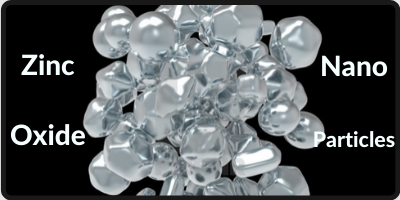 1.Indium Tin Oxidefilms are mainly used as transparent electrodes for flat screen displays, touch screens, solar cells, organic light-emitting diodes (LEDs), certain anti-static coatings and screens against electromagnetic radiation but transparent to visible light. The development of electrochromic glazing is made possible thanks to this type of transparent electrodes deposited on glass. This type of deposit can also be used as a deicing system. Sheets of glass coated with transparent ITO films which conduct electricity are sold.

2.The most commonly used material for manufacturing conductive and transparent materials is tin and indium oxide.

3.The use of transparent conductive films from ITO is proposed as a new complete front electrode to replace conventional metal lines in the third generation group III-V solar cells.

4.The films were deposited by the DC-Magnetron Sputtering technique at room temperature and were optically, electrically and structurally characterized. Sample thicknesses were obtained by means of fixed wavelength ellipsometry. The crystalline structure of the deposited films was determined by x-ray diffraction, the diffractograms show the characteristic peaks of the typical bixite structure.

5.ITO films are used in cold regions and doors or walls of advanced buildings so that the heat stored in certain enclosed spaces. It plays a role in the thermal shield, and for the outside world, it is difficult to radiate heat to the room, due to which energy consumption in construction, heating, air conditioning, and lighting is reduced by more than 50%.

6.ITO thin film has an index of refraction and electrical conductivity, so it is suitable for a silicon solar cell and a collection of gross light antire reflector coating. Because it has a selective light-transmitting infrared light and reflectivity to visible light, the use of light-heat conversion and the effective use of solar heat can be made as to the permeable membrane, effectively trapping heat in the collecting reactor.

7.ITO is also used as a transparent film, a conductive function, such as an automobile coated glass, windshield machine, aircraft, and spacecraft laser porthole tank rangefinder.

8.This material is used to make transparent electrodes in display devices with flat screens (for example LCD screens) and electrochromic glazing.

9.Other uses include gas detectors, electro-moistening in dielectrics, and Bragg reflectors for vertical-cavity laser diodes emitting from the surface.

So, overall Indium Tin Oxide is used in the

Smart windows have a glass that selectively absorbs visible light when a voltage is applied, changing its degree of transparency to light and outside heat. These smart windows allow reducing the energy demand of a building (in lighting and air conditioning). Several professors from Univ of California in Berkeley published in Nature a new electrochromic material composed of indium and tin oxide (ITO) nanocrystals embedded in a glass of niobium oxide. One of the most interesting advantages of the new material is that it allows separate control of the light absorption in the visible and near-infrared, that is, in a smart window, optical and thermal transparency can be controlled separately and independently.

The performance of the new material is much better than expected, although there are some technical issues to be resolved before this new material can be used in windows in our homes (better electrode materials must be selected and it is convenient to use a solid electrolyte instead of liquid). Even so, it is a very promising job.

Researchers have developed a new synthesis technique to embed the nanoparticles in the glass. Indium and tin oxide (ITO) nanocrystals are coated with polyoxomethalates (POM), clusters of metal cations and oxo anions joined by covalent bonds to the surface of the ITO. These nanocrystals condense and form a film, which receives a heat treatment (heated to about 400 °C), and then densely packed in a niobium oxide (NbO) inside the glass matrix. Without going into technical details, this method provides a rigorous control of the size and spatial distribution of the nanocrystals in the glass. The latter is very important because the structural order of the nanocrystals greatly improves the properties electrochromic glass matrix.